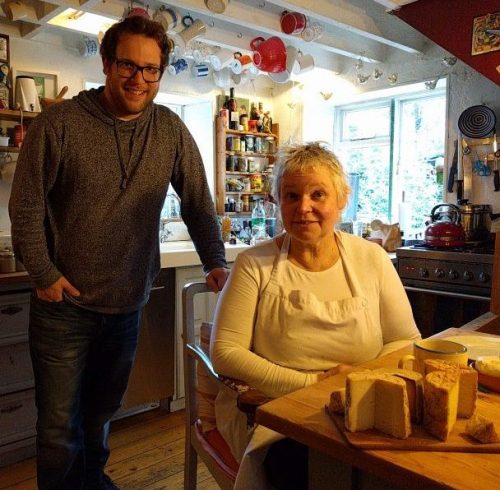 Hidden amongst the forest and lakes on the border between Northern and Southern Ireland is an idyllic small cottage.  Here lies a truly inspirational cheese-maker; one of the pioneers of farmhouse cheese-making in Ireland – Silke Cropp.

Arriving from Germany in 1985, Silke was looking to start the good life.  So she and her husband bought a derelict old cottage and smallholding, and set about restoring the cottage to its former glory.
Children soon arrived, and, as part of her plan, Silke bought a goat to provide the household with milk.  Not a pure-breed milking goat, this semi-wild beast produced just enough milk for the three healthy boys, with a little surplus. 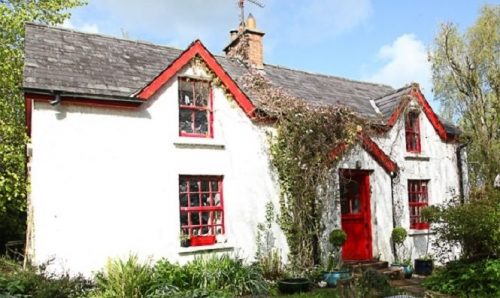 Silke began using this surplus goat milk to make cheese.  Using the stovetop in her kitchen, with space to mature cheeses in the larder next door, Corleggy cheeses came into existence.  These were the days before health authorities and inspections and all the cheese was made on the stove, based on recipes from one old book (“I made a lot of bad cheese in the beginning!” she laughs), using a drainpipe in which to drain the curd, and a homemade cheese press constructed by following a drawing of a Dutch version.  Cheeses were consumed by family, friends and locals…

Not long after starting to make cheese, a group of French tourists came down from the local B&B to have a look.  After tasting the cheese they proclaimed they wanted to buy it all! 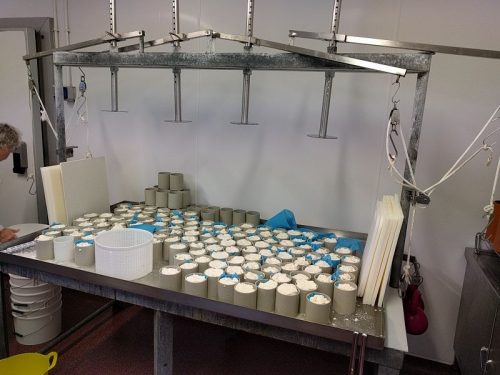 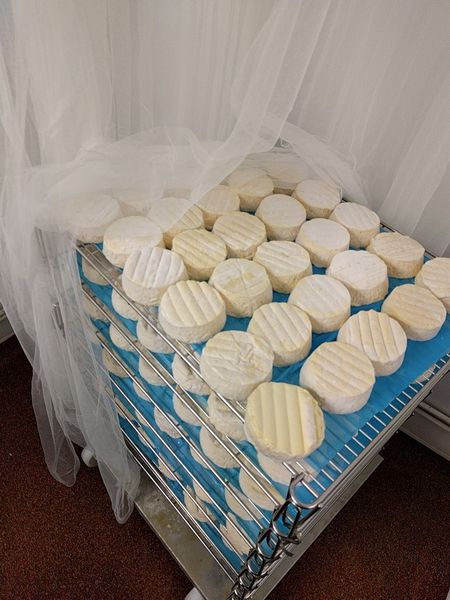 Silke’s son, Tom Cropp, has since joined the business, and the two of them still make all their cheese by hand, and sell it themselves… with pretty much it all disappearing at two farmers’ markets in Dublin (Dun Laoghaire and Temple Bar), with the few spare cheeses sent to select retailers in Northern Ireland, and, occasionally, The Courtyard Dairy.

Buy one of their cheeses: Cavanbert, here.

Grass fed cheese, meat and dairy – What is it and who does it?

Take a glance at many supermarket cheese or milk labels and you’ll often see a picture of a happy cow in a field. The reality is very different, however, because…

An Interview with Mike Thomson: creator of Young Buck Blue

A brief synopsis of your business and career? I run Mike’s Fancy Cheese and we make a raw-milk blue cheese called Young Buck, here in Newtownards. We have been making…

An interview with Marion Roeleveld: goat farmer and maker of Killeen cheese

An interview with Marion Roeleveld; farmer and cheese-maker of the fabulous Killeen cheese! Find out what Marion loves on the food scene, her ethos for her business and her recommendations…