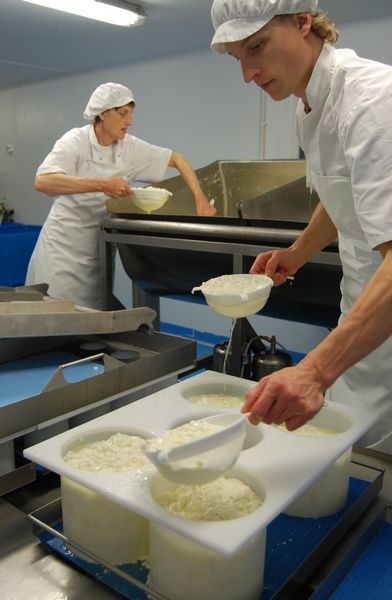 In the middle of the flat Lincolnshire plain lies the small Cote Hill Farm. Tenancy farmers they are constricted by the size of their land, and in turn that governs the size of their herd of cows’ (only 70! Of which some are also the unusual Red Poll breed which has a nice, rich milk).

With the milk price falling they couldn’t economically make milk to sell to the supermarkets.

So they had a choice: give up or make something unique. Thankfully in 2005 they thought – lets have a go at making cheese – and Cote Hill Blue … a modern British blue was born.

They attended a basic cheese-making course at Reaseheath 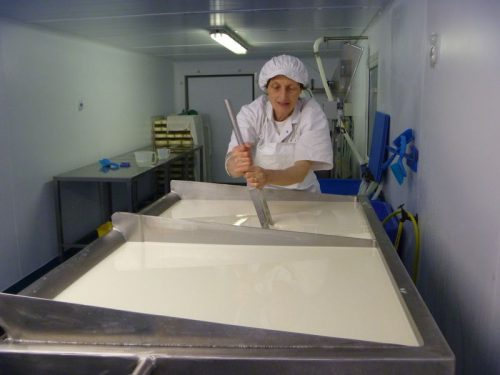 with the famous Chris Ashby. On the course was a Waitrose buyer, who said that the UK really needed a new soft blue. So taking Chris Ashby’s recipe for blue cheese they decided to tweak and tinker to make it softer and richer, and eventually formed the Cote Hill Blue known today.

Making blue cheese is difficult, and making a soft blue even harder (there is a reason for the fact that the UK didn’t have one!), yet with time the Davenports (now with son Joe also making Cote Hill Blue) have perfected the recipe. 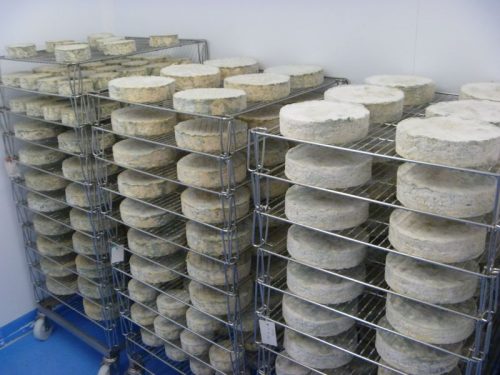 They are one of the few farms to make blue cheese with unpasteurised milk in the UK and take the morning milk adding in penciliium roquefort (the blue mould) as well as starter bacteria and rennet. After the curd has set, and it has been cut then cheeses are moulded then left to mature for a two weeks.

At two weeks old the Cote Hill Blue are pierced, still by hand, with a needle to allow air to get in and form the blue mould.

Fully mature at 8 weeks Cote Hill Blue are rich and creamy and a true expression of the Davenport’s land: even the hay given to the cows’ is grown on their land. 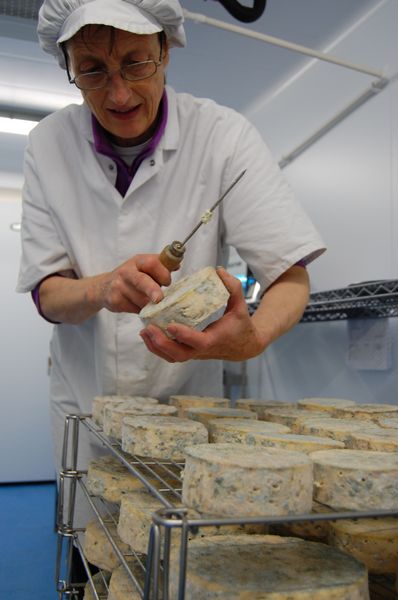 cooler he could smell cow slips.The next day he investigated and found his cows’ eating the cow slips – a true expression of how the what the cows’’ eat influences their milk…

With the resurgence of true artisan cheese many ancient cheeses have been revived and recreated – from red Leicester now being made again in Leicestershire (Sparkenhoe) to an unpasteurised Stilton style made on the farm in Nottinghamshire and it’s great to see new cheeses like Cote Hill Blue also being created to go alongside these old classics!