~ Order now and choose your own delivery date at checkout ~ FREE delivery when you spend £55 ~
Home Learn About Cheese Producer Visits Joe visits Hafod Cheddar: how do their farming practices make their cheese special?
Show Sub-menu

Joe visits Hafod Cheddar: how do their farming practices make their cheese special? 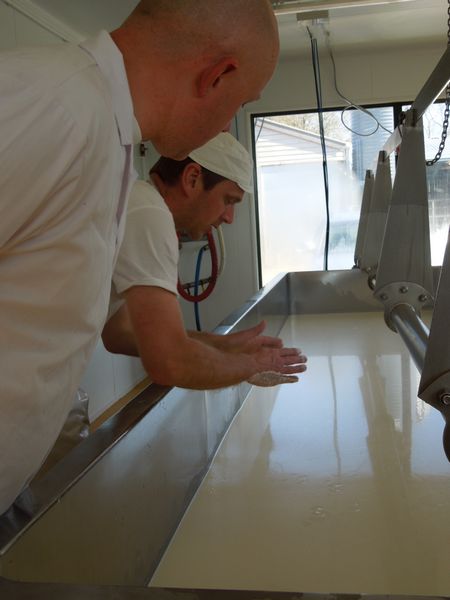 When Andy said let’s all go to Wales for the weekend and visit the Hafod Cheddar creamery, I and the other Courtyard Dairy workers jumped at the chance.  He didn’t tell me though that I would be required to drive Pam and Deb there, whilst he and Kathy went in his car.  We set off and it was like a ‘cackle wagon’ for four hours (there’s a whole other blog in that journey…)

We arrived somewhere in the ‘middle of nowhere’ in the ‘middle of Wales’.  It was stunning scenery, and that’s coming from a born-and-bred Yorkshire Dalesman.  I had thought Red Kites were scarce; I counted over 30…

Let’s get back to the cheese and Hafod Cheddar.  As you know, cheese is made from milk and a bit of salt and that’s about it, so it’s fundamentally important to use the best possible milk to be in with a chance of creating great cheese.

Hafod creamery is producing superb, buttery cheddar, because the milk is right up there, and milked from Ayrshire cattle reared on a 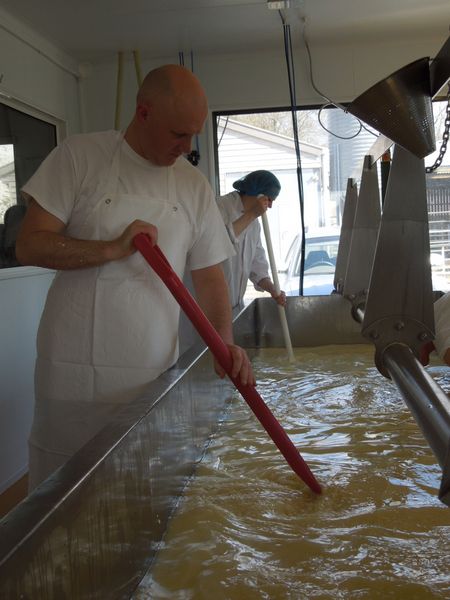 You can’t be organic, yet alone biodynamic, by a simple click of the fingers and signing a few forms.  It has to be part of the farm’s culture.  So let me give you a little background to the ‘Bulchwernen Fawr’, which means large boggy pass.  (We’ll call it ‘Hafod farm’ because it’s a lot easier to type!)

Over 40 years ago on top of a hill in the middle of Wales, Patrick Holden started farming the land as part of an organic commune (a bit of a hippie thing).  Later, after the commune broke up, he tenanted and then eventually bought the land.  Passionate about his way of life, he studied biodynamic agriculture and eventually became the director of the ‘Soil Association’.  During his 20 years with the association he pioneered the development of organic standards and the market for organic foods. 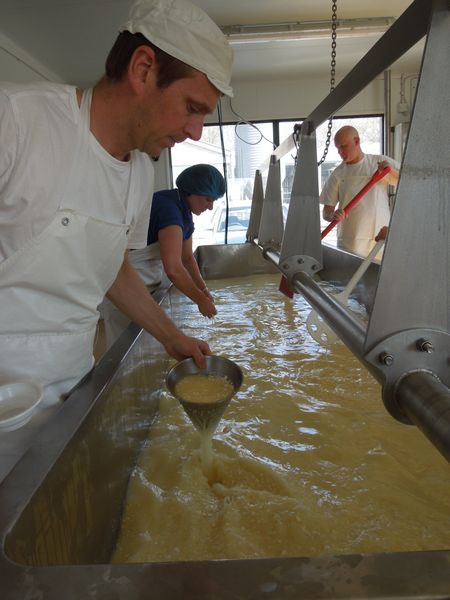 The farm has 130 acres, which comfortably support 65 Ayrshire cows.  Why Ayrshire cows?  Well, Patrick chose the Ayrshire breed because it is tough enough to withstand Welsh conditions, hardy and long lived.  But they provide much less milk than the common Holstein-Friesian milkers seen all over the UK (the ubiquitous ‘black-and-white’ cow) – which is why many diary farmers have stopped using the ‘inefficient’ breed.  On the other hand, milk from the Ayrshire cows is rich and excellent quality, naturally high in butterfat and protein – important elements for making cheese – so it’s ideal for cheese making.  With the quality further enhanced by the farm’s tough, slow-growing organic pasture, milk doesn’t get much better!

The farm also rotates its fields to grow ‘peas and oats’, which has two main benefits: firstly, the crop is used instead of mass-produced feed to nourish the animals in winter months.  Secondly these crops are natural fertilisers and replenish the nitrogen in the soil, meaning there’s no need for artificial fertilizers.

Nothing is wasted on the Hafod farm even the waste whey from the cheese-making process is used as a natural fertilizer.

Read more in part two on how the Holden’s are deciated to making great cheese: Sam and Rachel’s quest for the perfect cheese.