~ Order now and choose your own delivery date at checkout ~ FREE delivery when you spend £55 ~
Home Learn About Cheese Producer Visits Producer Focus: A visit to Killeen Cheese
Show Sub-menu 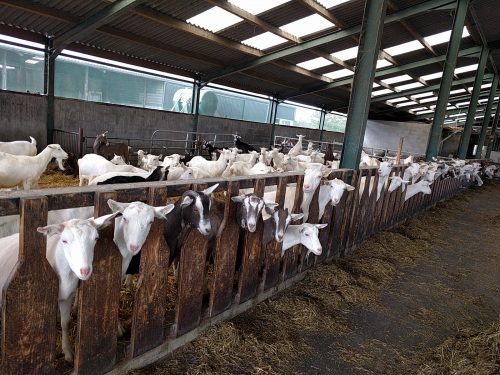 Stuck deep within rural Ireland is the small market town of Portumna. It is near here, on a small family-owned farm, that one of the finest goats’ milk cheeses is made – Killeen.

A fortuitous coming-together of great things – fantastic Irish pasture, well-looked-after goats, and Marion Roeleveld’s Dutch cheese-making know how – have created a cheese that is unique.

Kathy and I chugged up the lane to this family farm early one morning, to be greeted by Marion’s partner Haske, peering out at us from the container-made home he constructed with his own hands on the edge of the farm’s land. 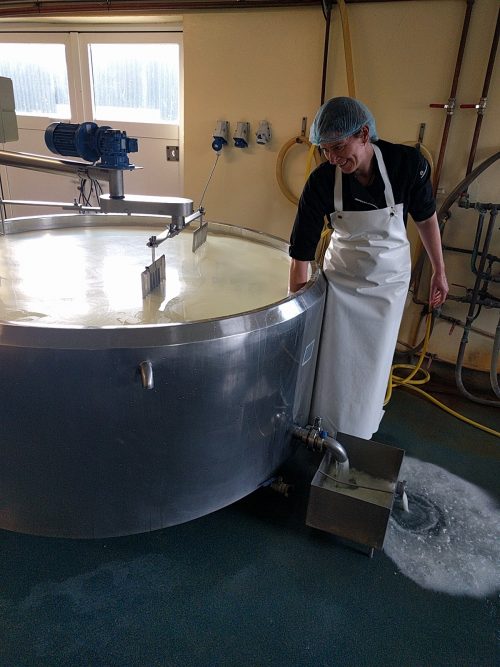 Haske came here when he was 18, but by then he was already into goat farming. Not being from a farming family, when he was four he had asked his full-time teacher dad for a pet goat. His dad said that if Haske could milk a goat, he could have one. So, at the age of four(!), Haske went to a nearby farm and did exactly that – slowly he learnt how to milk and keep goats. By the time he was five he could milk by hand, and, in fulfilment of the bargain, his dad bought him his first goat. Over the next ten years Haske slowly built up a small holding and herd of 15 goats.

Soon, when he was old enough, Haske decided to set up a farm by himself, and set upon Portumna in rural Ireland (his Dad had bought a house here and a small parcel land). Setting up this farm from scratch, Haske now looks after 200 goats. Still farming seasonally, Haske and Marion kid all their goats in the spring, with Haske then milking them through till early autumn, before they are ‘dried-off’ for the winter. 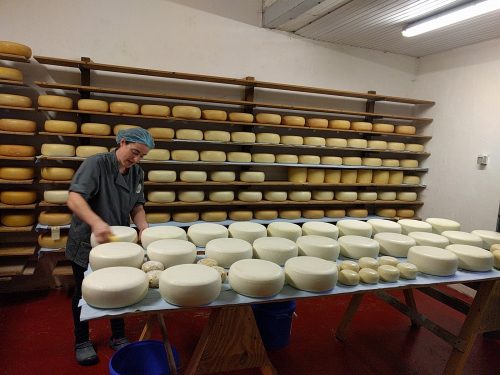 For a long time the milk was sold on. Then, in 2004, Marion, who hails from the Netherlands, was visiting a mutual acquaintance in Ireland. She instantly fell in love with the place, and moved in. And with her, Marion bought knowledge of cheese-making. She had been making farmhouse cheese in the Netherlands: the iconic Dutch cheese, Gouda – and not the rubbery, insipid Goudas often found in the UK, but the rich, intense full-flavoured farmhouse Goudas, that so often the Dutch keep to themselves.

And so the Killeen story begins. Using all of the milk produced on their farm, Marion makes cheese three-to-four times a week. Rising early, she heats the milk, and then adds cultures and rennet. The curds are cut and stirred, and the key part of the Gouda process begins – washing the curds in warm water. This removes some of the sugars left in the whey, helping create a supple, sweeter cheese. 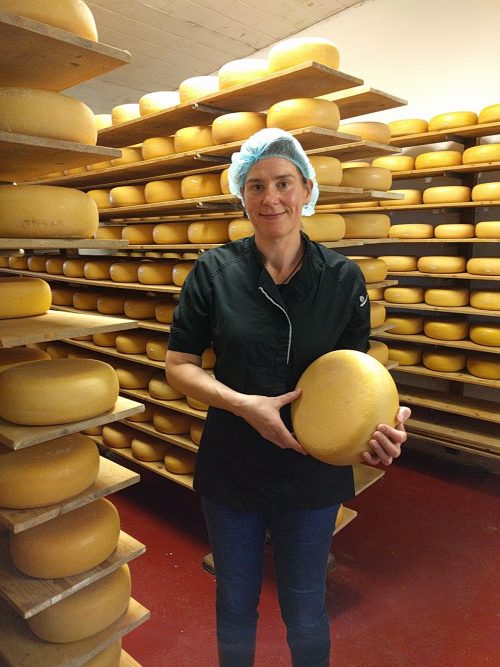 The Killeen cheeses are then moulded and pressed before being left to mature in Marion’s wonderful ageing room.

Usually the cheese is sold when three-to-four months old, but if you can get hold of an older one (the Courtyard Dairy occasionally has Killeen at 14 or 15 months or even older) you’ll taste that the flavour has intensified even more to become sweet, caramelly and fudgelike with a delicate goat note at the end. Killeen Goat cheese is a must-try for any cheese-lover.

The secret to their success is their fantastic animal husbandry, the superb feed available in Ireland, and Marion’s skilful cheese-making ability.

I ask as I leave, car laden with cheese, what Marion looks for in her cheese: “When I taste it, and it is good, it makes me smile,” she says. Perfect.

A video visit to Stichelton

Joe Schneider wanted to make a raw-milk (unpasteurised) Stilton and so set up a small dairy in partnership with the Wellbeck Estate in Nottinghamshire in 2006. Unable to call it…

Grass fed cheese, meat and dairy – What is it and who does it?

Take a glance at many supermarket cheese or milk labels and you’ll often see a picture of a happy cow in a field. The reality is very different, however, because…

Watch Dorstone and Finn being made…

Charlie Westhead was one of the pioneers in artisan cheesemaking in the UK. This short video tells the story of his cheesemaking business and his famous cheeses: Ragstone, Dorstone and…

An interview with Marion Roeleveld: goat farmer and maker of Killeen cheese

An interview with Marion Roeleveld; farmer and cheese-maker of the fabulous Killeen cheese! Find out what Marion loves on the food scene, her ethos for her business and her recommendations…