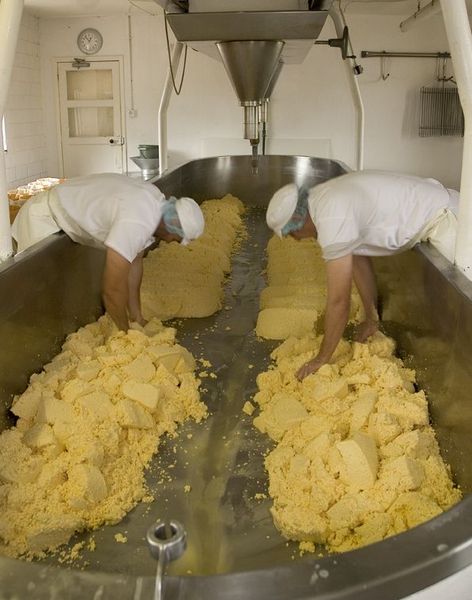 SatNav is nigh on useless at finding farms. Which means that, late, and rapidly becoming an expert in the Cheshire and Shropshire countryside, I was getting stressed. Even the locals at the post office couldn’t point me in the right direction – a shame they didn’t know that Britain’s finest Cheshire was made less than a mile away.

It’s Britain’s oldest-known cheese, said to have been made before the Roman invasion, and is even mentioned in the Doomsday book (1086). It was once more famous and wider-eaten than Cheddar; in the industrial revolution it was sent down by the shipload from Liverpool at the request of London’s gentry.

My first venture up North since returning from the promised cheese lands of France had to be to visit two of my favourite, yet vastly underrated cheeses: Cheshire and Lancashire. The French just don’t understand or appreciate the classic lactic and acidic British ‘crumbly’ that is epitomised in these cheeses.

My visit was to Appleby’s of Hawkstone; the last remaining producer of unpasteurised traditional cloth bound Cheshire. A far cry from the 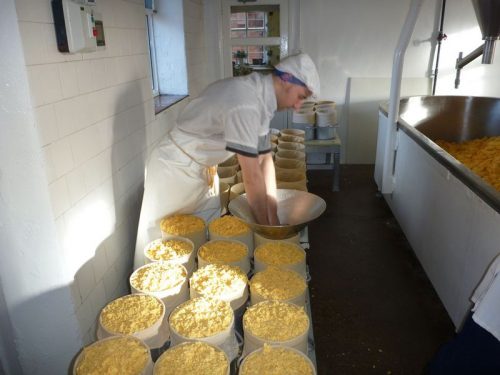 two-thousand-plus farms making it in 1914; the decline that was caused by draconian Milk Marketing Board regulations, and requirements to make a fast setting, drier, waxed or vac-packed cheese. This in turn gave rise to the soggy crumbly bags of factory Cheshire that give it a bad name to this day.

Yet, one farmer struggled on, in her effort to preserve Cheshire’s name and to educate the public on what it can be like. Appleby’s is clean and zesty, slightly tangy, quite moist yet crumbly and savoury, a total contrast to the other Cheshires still around. Paul and Sarah Appleby are the most recent generation, taking over the reigns handed down over three generations from when Lucy Appleby learnt her craft at the local college. 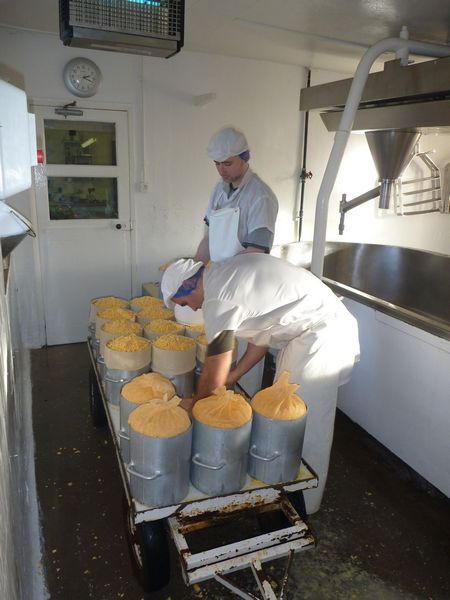 Along with the parents, Edward and Christine (who still cast a critical eye over the cheese), we watched their cheese-maker, Garry Gray. He captures the minerally saline flavour of the milk from the Cheshire salt marshes on which their cows graze.

The unpasteurised milk, and the techniques of old: long acidic maturation, traditional starters, crumbling the blocks by hand, cloth binding… all contribute to this cheese’s complex interesting flavours and textures.

If you can find it, buy some; and should you find yourself with too much (never a problem!), follow Paul Appleby’s advice – fry great slabs with bacon, or crumble it, cover with milk and sliced onions, then bake. The acidity goes really well with sweet fruits and fruitcake too. 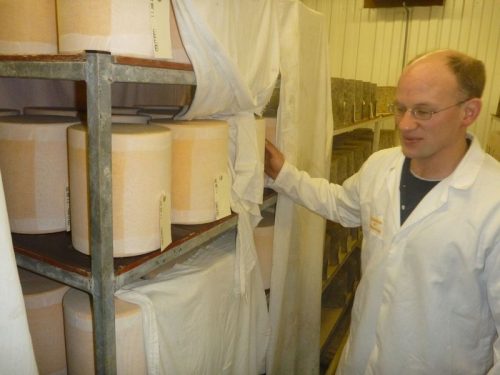 Joe visits Hafod Cheddar: how do their farming practices make their cheese special?