~ Order now and choose your own delivery date at checkout ~ FREE delivery when you spend £55 ~
Home Learn About Cheese Producer Visits Making Charolais Goats Cheese: a visit to a farmhouse maker
Show Sub-menu

Making Charolais Goats Cheese: a visit to a farmhouse maker 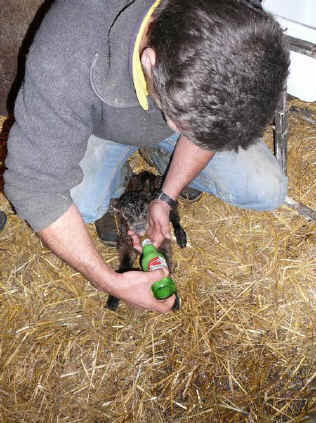 Maybe you thought I would have got sick of cheese, or at least visiting producers. Maybe I was a bit sick of saying, “yes, we have cheese in England” and “yes, our food is ok too”. And as I drove across the Massif Central on another early morning off to visit another goats-cheese maker, it did cross my mind that this once I’d rather still be in bed savouring a lie-in on my day off.

But when I drove up into the mountains of Beaujolais, and as the sun rose, my scepticism dwindled and my enthusiasm returned. I was visiting Isabelle and Jacques. Daily, for almost all their lives, Jacques has tendered the goats, whilst Isabelle produces the cheese: Charolais. They’ve been supplying Mons for almost 20 years.

Charolais is an ancient cheese of the Burgundy and Rhone region; goats here were originally ‘the cows of the poor’: a side avenue, compared with the impressive Charolais Cattle, which produce fantastic AOC meat. It was left to the women to tend the goats and make the cheese: a small barrel shape that the farmer could carry into the field, with any surplus sold on the local markets.

Yet slowly the fame grew, until people would demand ‘Charolais cheese’. Now, the fame of this cheese has become more widespread, and the goats can now hold 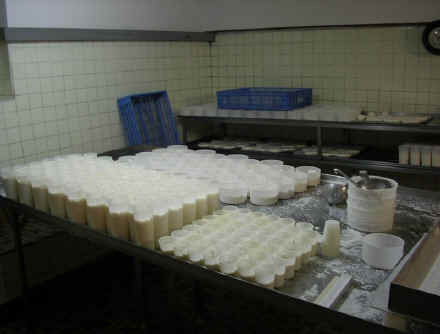 their head equally as high as the cows! In fact Charolais is France’s most recent cheese AOC – January 2010.

Charolais is still produced in a very traditional manner. Each morning Jacques goes up to milk the goats at his farm nestled in the Beaujolais hills. They started with only 50 goats, which, slowly but surely, they have increased to 130. And I happened to arrive at the perfect time to see a new kid being born. With next to no help, it popped out and the distressed goat instantly calmed down. A quick lick, snip and ‘wham, bam, thank you Ma’am’. The baby goat was given its first taste of milk, from an old Kronenbourg bottle (they called it the rearing anglaise) and it was put with its peers. And so the milk supply was ensured for another year.

As with most goat’s milk producers they have two herds: one, which gives birth in October – de-seasoned*, and the other which gives birth naturally in March. This means they can have milk throughout the year. Without this arrangement there would be next to no goats’ milk cheeses at Christmas, which would be a big loss as most cheese shops transact 60% of their business in November/December. (Yet confusingly the best time generally to eat cheeses is around summer/early autumn as animals are in pasture.)

Whilst all this kidding around was going on, the other goats were trotting through meticulously into Jacques’ small milking parlour, where they were emptied of the glorious white stuff. Back down on the farm this milk dribbled into a large pail, where lactic ferments and rennet was added. We left today’s milk on its slow lactic setting journey, and examined yesterday’s jelly like curd: it takes a full 24 hours to form. This was then ladled into moulds to drain for 2 days, in the moulding room. 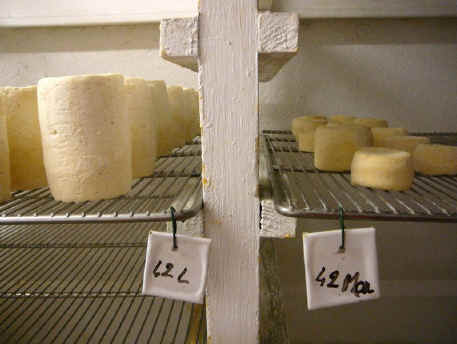 This long, unsupervised, set (coagulation) time gave farmers time to tend to the vines during the day, and explains why many goats cheeses are traditionally made in the wine areas of Burgundy, Beaujolais and the Loire. They can simply just leave the milk as it sets, then scoop it into moulds and let it drain. No reheating, cutting, stirring, pre-draining and pressing like the more complex non-lactic cheeses. Once the cheeses are de-moulded they are sent to Mons, where we set about the second transformation in our caves – to produce a gnarled, crocked, speckled blue and white finished Charolais.

But they’ve had to stop calling it Charolais. Even though it’s made to the same recipe, in the AOC region, and has been part of Isabelle and Jacques’ lives for 20 years, the cheese they produce is now classed as being too small and too thin legally to be called Charolais. When the big dairies pushed for this AOC, no one from the government asked the small farmers, and consequently the new regulations for Charolais decree it must be 250g (Isabelle’s is 230g) and have a diameter of 6-7cm (Isabelle’s is 4-5).

Yes, they could buy new moulds and top it up with more curd. But that would change their great recipe and cheese, which Mons loves; and actually be a break away from tradition. So Hervé has decided to exit the appellation and carrying on selling their cheese under a different name. This is one AOC he disagrees with – Charolais cheese is supposed to be small ‘side avenue’ cheese, made as the farm can, using goats’ or goats’ and cows’ milk, in different shapes and sizes, remaining rustic and rural.

*Although some hate it, de-seasoning is essential to be able to produce milk all year round and is a common practice throughout the world. The only unnatural thing you have to do is keep the goats indoors and 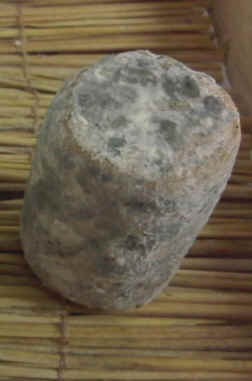 change the lighting, so it seems like summer. Mating at Jacques’ farm is completely natural, no hormones are used, and the goats are free to roam on pasture for the six summer months, as well as being extremely well kept and looked after. They certainly looked contented!

Baked Vacherin Mont d’Or is an absolute delight.  Soft, rich and unctuous, it makes a perfect meal for two or starter for 4+.  Try the following recipe throughout the season…

Dorstone goats cheese is a regular favourite of cheesemongers across the UK.  But what makes Dorstone so special – find out it’s story, history and how Charlie Westhead’s excellent cheesemaking…