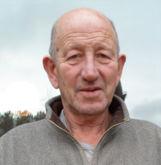 Stunning Stilton, wonderful Wensleydale, beautiful Blue Vinney, and the gorgeous Green Fade – the UK was renowned for its blue cheeses and these four were the epicure’s delight, an absolute must for any gastronome’s table.

But it was not to last: the onset in the early 20th century of the dark years in British cheese saw two of these delights die out, as true Wensleydale and Green Fade disappeared forever (Wensleydale existed solely as a blue cheese until this time – more to follow on that one!).

Stilton, however, continued to be made and to reign supreme, although production ceased for a while during the Second World War, and farmhouse production and the unpasteurised version disappeared altogether.  But all was not lost: there is now the mighty fine Stichelton to enjoy, alongside an array of farmhouse blue cheeses ranging from soft and creamy Cote Hill Blue to the smooth and sweet Young Buck.

So how did this transformation come about?  Let’s go back to the dark days, when there was a sorry lack of good artisan and farmhouse British cheese – it took a few courageous pioneers to stand up and get the ball rolling, reinvigorating and revitalising the UK’s artisan cheese industry.  Names such as Mary Holbrook with her goats’, James Aldridge with his ‘affinage’ and Robin Congdon, the master of the blues.  The latter is rightly credited as the creator of Beenleigh Blue, Harbourne Blue and Devon Blue, all at a time when no-one was really making artisan blue cheese in the UK.

In the 1970s, Robin was a farmer on the Sharpham Estate in Totnes, and having a small bit of land he decided to start milking sheep (quite unusual in those days).  Fascinated by cheese making and bacteria (“we’re just managing them to make cheese”) he started experimenting, first creating yoghurt and soft cheeses that were sold in London.  Yet he wanted to try blues, and, unsurprisingly, the style of cheese that came to his mind was Roquefort, perhaps the most famous sheep’s milk cheese.

Carefully Robin set about creating the right conditions to mimic the caves of Roquefort, mimicking the 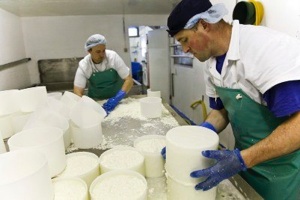 air convection and humid conditions, planting herbs in his pasture similar to that of the region, and hoping to cross-pollinate the moulds from a visit to Roquefort caves!  (The French wouldn’t give him many other clues on how to make the cheese!)

And having got the conditions absolutely right, Robin made his cheese.  And turned out … completely different from expected.  Thus was a new cheese born, Beenleigh Blue, with a faster set than Roquefort that gives it a distinctive mineral flavour, crumbly texture and sweet notes – without the acidity and creaminess you expect of the classic British blues.

Once the Beenleigh Blue is set, it is dry salted on the outside, pierced and then aged in the ‘cave’ for three weeks to encourage the blue mould to form.  The cheese is wrapped to discourage further blueing, then aged for a further three months at low temperatures to allow the complexities and the flavour to develop slowly. 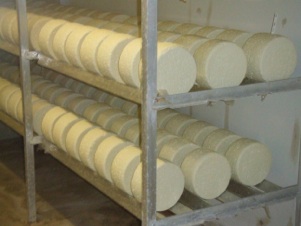 cklemore Dairy is now based just down the road from the Sharpham Estate, on a hill overlooking the river Dart.  Not only is the cheese artisan, but so is the dairy; designed and built by Robin himself, it’s a quirky little place, perfectly and practically designed for the job in hand, and with lots of character – it feels like the whole thing was one big welding challenge!

Over time, Robin developed another two cheeses, allowing him to make cheese all year round, even when his sheep weren’t being milked in the winter.  These were made in a similar style but with locally-sourced cows’ and goats’ milk (and respectively given the names Devon Blue and Harbourne Blue).  The three cheeses form an interesting mix, being similar but also distinctly different through the use of different milks.  Beenleigh Blue is named after the village where it was created, whereas Harbourne Blue is named after the tributary of the River Dart that flows through Beenleigh.

In the 1990s Robin sold his sheep to concentrate on cheese making.  Now the sheep’s milk for Beenleigh Blue comes from Burton Farm in Somerset, run by Tom and Helen (who have Friesland ewes with some Poll Dorset crosses).  In the early season the cheese reflects their spring milk and is sold younger – minerally and fresh.  Later in the year the cheese is aged for longer (it is aged cold to slow down the process) and it become stronger and creamier.  The milk for Devon Blue comes from a cooperative of farms in the South Hams and is sourced to fit in with the seasonal production of Beenleigh and Harbourne Blue.  Harbourne Blue is made using milk from nearby Sue and Will Thompson-Coon’s 180 goats farmed at Buckfast on the edge of Dartmoor.  It has the crumbly freshness of the other two with a distinctive goaty tang.

About 10 years ago Ben Harris joined the team, since when Robin and his wife Sadie have taken more 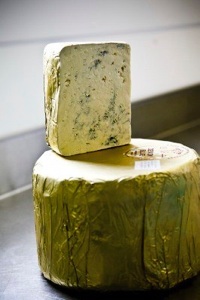 of a back seat as Ben has taken over the day-to-day cheese-making; now making about 50 wheels of cheese a day.  Ben is an inspiring cheese-maker, well-placed to continue Robin’s great legacy, ensuring the cheeses go from strength to strength whilst continuing to create new cheeses such as Blue Bay.  Robin’s original creations remain modern classics – Beenleigh, Harbourne and Devon Blue are to be found in the best cheese shops throughout the UK.

At this time of year, with the last of autumn’s sheep’s milk used up and the new milk yet to come through after the lambing, Beenleigh Blue goes out of season.  In The Courtyard Dairy it is replaced for this brief period with its popular counterpart, Harbourne Blue.

You can buy Beenleigh Blue and Devon Blue from The Courtyard Dairy’s online cheese shop.

Cheese-maker Ben Harris of Ticklemore Cheese has a favourite way to cook his Beenleigh Blue cheese: “This recipe is one way I love to eat Beenleigh blue, although my favourite…