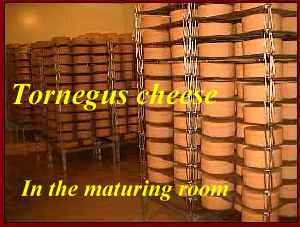 It was during a bleak time in British Cheese that James Francis Aldridge, a scaffolder and mechanic from Lambeth, injured his back in a building accident. No longer able to continue his trade he decided to help his wife Pat as a cheesemonger in Beckenham, South London. That day may have been a bad day for the building industry, but it was a great day for cheese, as, along with contemporary Patrick Rance, James Aldridge would soon become a leading figure in the revival of specialist farmhouse cheese. It is thanks to these two visionaries that unpasteurised farmhouse cheese was kept alive. They kick-started the revival in specialist cheese which is still flourishing today.

Initially James set about tracking down cheeses for the shop from small farmhouse cheese-makers, especially those using unpasteurised, or raw, milk. He said his desire at the time was “to see the survival of natural cheese-making; preferably using raw milk and organic practices.”

Over time and after a few experiments, James Aldridge found his calling in ‘washed cheeses’, made by frequent washing of the outside to produce an orange rind and, often pungent, smell (attributed to a bacteria, brevibacterium, that loves these conditions). A Caerphilly cheese he’d collected from Duckett’s farm in Somerset had been left next to a Stilton over Christmas and forgotten about. It picked up the orange, sticky bacteria found on a glossy Stilton rind. This interested James and hence Tornegus, James’ most famous cheese, was born. A Caerphilly washed in wine, it can still be found in good cheese shops today.

James was a perfectionist, thinking about and analysing every step of cheese-making to get his desired end result: from sourcing the milk, to the flavour quality and intensity and texture. With one successful cheese under his belt James did not stop there, he went onto pioneer the development of some of Britain’s most famous raw-milk cheeses: Lord of the Hundreds, Olde Sussex, Celtic Promise and Flower Marie, to name a few. Most of these he then passed onto various cheese-makers to continue to develop and nurture.

Frequently offering free advice and development James became the ‘go to’ man for cheese advice in the UK. James cared less about profit and more about making better cheese in Britain. In fact, his attitude towards the science of cheese-making was at the forefront of improving many cheeses and the way farmhouse cheese-makers think about making cheese. But he was aware that science was not everything in cheese-making, stating “The great cheeses of the world are the sum of the experience of not one but generations of cheese-makers”.

In latter years James had to battle to keep his business alive, as a misguided emergency order in 1998 from 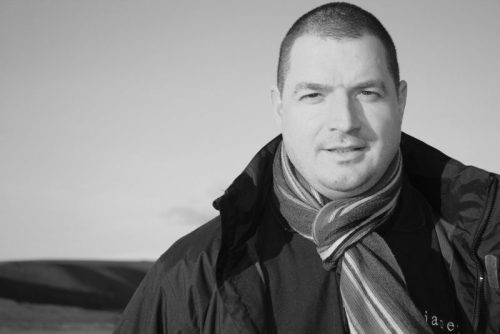 the UK Government ordered him to destroy his £50,000 cheese stocks due to an unrelated incident at one his producers. Offering no compensation, even though his cheese was tested and found free of contamination, it almost bankrupted James and he survived only on £20,000 of donations from Sunday Times readers and more than 1,000 letters of support. Although his business continues, the lack of compensation put paid to his ambitions to sell the business and set-up a cheese-making school to further benefit British cheese.

James died in 2001 (aged 61) and is succeeded by his wife Pat Robinson who still makes Tornegus. His many cheeses, which are still made to this day, have and will continue to be a fit an proper lasting legacy. On top of this, his prodigies have not forgotten him: guess who inspired Cumbrian Martin Gott, making cheese with him on the family farm as a young boy? Martin now makes some outstanding washed rind cheeses including one called … St James.

Let’s also not forgot James McCall (or young James as he is known) who worked for James Aldridge for 17 years. James set-up by himself last year and developed Francis cheese, which won Best New British Cheese in the British Cheese Awards 2012.

A website on making cheese created by James Aldridge still exists to this day (kindly hosted by Isle of Mull Cheddar) and is still a mine of useful information: http://www.isleofmullcheese.co.uk/jalldridge/jaindex.htm 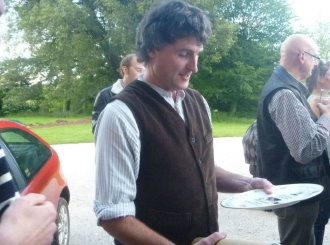 In 2001 the Specialist Cheese-maker’s Association (SCA) created an award to commemorate James’ contribution to British Cheese: The James Aldridge Memorial Trophy for Best Raw (Unpasteurised) Milk Cheese. Voted for by the cheese-making community, it is awarded annually and is the Ivor Novello Award equivalent for cheese-makers – the one they all really want to win!