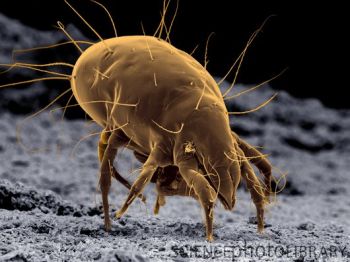 “Mites so thick around it that they bring a spoon for you to eat the mites with, as you do the cheese” (Defoe, writing about Stilton in 1724.)

Cheese mites. An age-old enemy. They revel in life’s lactic joys , burrowing they way deep into the rind. Slowly but surely eating their way through dry, aged cheese, turning it to a brown dust. They eat away at profits, by causing gaps and fissures and allowing moulds in. They are just a general menace. Some French nickname them ‘artisans’ – the little artisans that only select the best and oldest cheese to dine on. The problem is they just love old cheese and the conditions in which it’s stored – humid and warm (working best about 15C).

And there’s no cure. Just good cheese storeroom husbandry: regular washing, cleaning or brushing can help keep them away. They can’t make it through a lard or plastic coat but once these break down the little mites move in.

Several years ago the cheddar makers used to fumigate once or twice a year to kill them all. But EU regulations banning Methyl Bromide soon put a stop to that. And with it the extra-aged or vintage farmhouse cheddars became scarce, the mites began to win the ever long and constant battle. (£250k a year was being lost at Quikce’s due to mite damage.)

Yet, ever resourceful, cheese makers developed new methods. Some cheese makers have started to use infrared, ultra-sound or ozone. Others argue that this affects the flavour of the cheese. Montgomery vacuums his cheese every two weeks (only Dyson will do!). Keen’s think he’s mad, as this lifts off the cloth, letting the mites in. They insist on rubbing their cheese with a white powder (Diatomaceous Earth – a soft white sedimentary rock, like chalk, with microscopically small sharp edges that damage the delicate mites bodies). But Quicke’s think Keen’s are crazy. They say the powder will dry out the cloth, lifting it off, so mites can get in. Instead, they have built a brand new dust blower – blasting the cheeses with air to send the mites flying.

In France they age at lower temperatures – 8°C – which means cheese mite activity is greatly reduced. 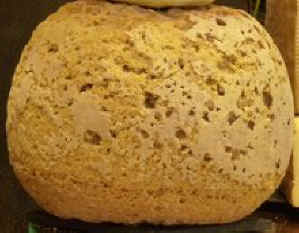 Many Comté producers now age at this temperature to reduce the mite activity.  But this reduces the activity of the other enzymes and bacteria, and may affect flavour development. (At Mons, Hervé aged at a higher temperature than this and just accepted the mite damage, as he wanted the flavour. Also for this reason, Swiss AOC Gruyère must be aged above 12°C).

Unfortunately, until we find a cure for cheese mites, they are simply part of old artisan cheese – if you want a natural aged cheese you’re bound to get some. Though they look ugly, don’t be afraid, they’re perfectly harmless and said not to affect the flavour. In some cheese (like Mimolette) they’re even encouraged!

PS Have a look at the early video below (fillmed in 1903); the first scientific film ever made for the public.

September 29th 1998.  10 days before the British Cheese Awards results are released.  Will Montgomery’s Cheddar win ‘Best Cheddar’ and ‘Best Traditional British Cheese’ for the third year on the…

An apprenticeship in cheese ageing …. Andy’s latest update from Mons Fromages, with more information on what Andy is learning about the importance of spruce boards and beautiful bacteria  like…