Brilliant new cheeses to watch out for…

The 1990s saw both the demise of the Milk Marketing Board, which had promised farmers a guaranteed price for milk, and a rise in public interest in real, honest, artisan food. This prompted many farmers to return to proper farmhouse cheese making, a trend which thankfully has been continuing and growing.

In recent years this trend has gifted us the delights of Stichelton (a traditional unpasteurised Stilton-style), a red Leicester made on the farm (Sparkenhoe), Hafod Cheddar, and the modern Cote-Hill Blue.

The expansion and development of artisan cheese making continues. Here are five exciting new cheeses that will soon be gracing The Courtyard Dairy’s ageing shelves: 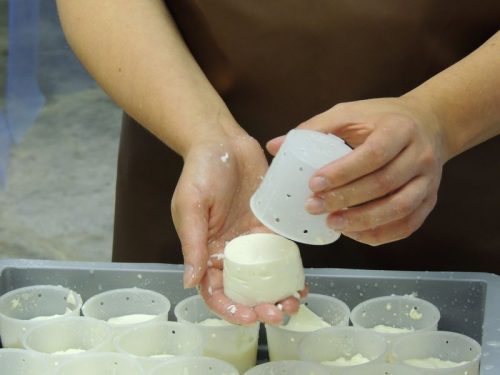 Thanks in many respects to a scientific background in biochemistry, Paul Thomas has quickly become one of Britain’s best cheese-makers. Currently head-cheese-maker at Lyburn Farmhouse (where Old Winchester is made) he has recently decided to branch out with his partner, Hannah Roche (who worked with him at Mellis’s cheesemongers in Edinburgh and as a cheese-maker in the US). They are currently developing two unique cheeses using unpasteurised milk from a nearby farm (Wallops Wood Dairy in Hampshire). Their first development – Little Anne – is a small (40g) lactic cheese that is yeasty and fresh

This small washed-rind cheese shaped like a flat pebble is still under development – the early prototypes have looked good!

Anne Connolly had spent the 17 years as a chef in Italy before being wooed back to the UK by Peter, now her husband, who met her whilst on holiday skiing. Returning to the UK, she just couldn’’t find the Italian cheese she loved. So Peter, a dairy farmer himself, challenged her to make it using his unpasteurised milk. With a bit of help from an Italian cheese-making friend she set about making an English equivalent and hence Federia was born – an Italian Alpine-style cheese. (Anne also makes another smaller cheese called Crabtree.) 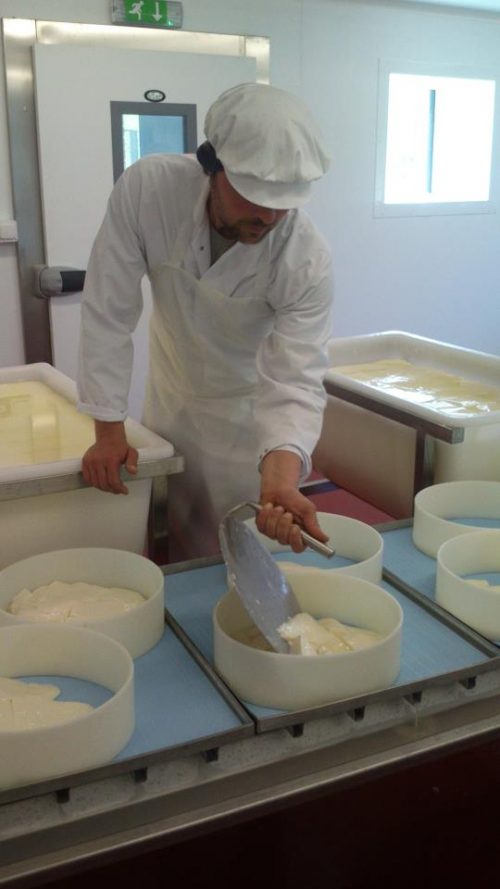 Jonathan and Dulcie Crickmore have been dairy farmers all their life at Fen Farm Dairy in Norfolk. But falling milk prices prompted them to diversify into cheese making. Seeing a gap in the market for a large (3kg) unpasteurised brie (similar to Brie de Meaux) they started to develop Baron Bigod. This involved purchasing a French set of cows (Montbeliarde) to provide the rich milk needed to satisfy their newly acquired cheese-making skills. Baron Bigod is one to watch out for as it progresses – they only started making January this year.

Under development for a long time, Burwash Rose is made by The Dyball family at Stonegate, East Sussex. Famous for hard cheeses (Olde Sussex and Lord of the Hundreds) they decided to develop a soft, unpasteurised, washed-rind cheese using the knowledge they learnt from James Aldridge. Washed in rose water it is sweet, rich and honeyed, with a floral note.

Made by one of Andy and Kathy’s favourite cheese-makers: Marion Roeleveld. This year she has developed a sheep’s milk cheese to go alongside the brilliant Killeen goats’ Gouda she already makes on her farm. Cais na Tire is already sitting on The Courtyard Dairy’s maturing shelves – it’ll be ready soon!