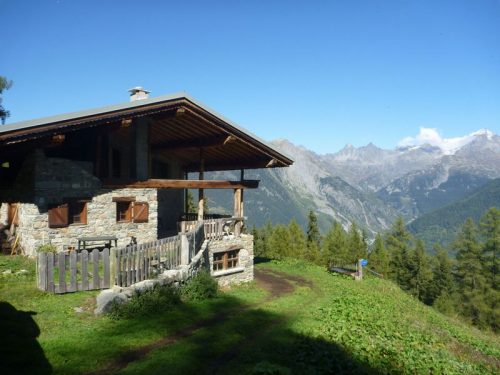 In early July Andy from The Courtyard Dairy will be visiting three of the most amazing cheesemakers in the World. Based in France high-up in the Alpage (all above 1500m!) the three producers are some of the last still to practice truly ancient practices.

And where they are means the quality of their milk is amazing as their animals feed naturally on the mountain herbage. (Look left to the view from Andy’s last visit to Tarentais).

The tasting will go into more detail looking at Andy’s visit to the mountains, how and where each of the cheeses are made. There also be chance for you to taste these producers cheeses.

Relatively unknown and cheeses that only grace the high gastronomic tables; The producers include Gabriel & Soizic (of Tarentais), Dede Fora (Chevrotin) Catherine Richard (Bleu de Termignon). These three producers have the richest milk as their cows’ and goats eat out on the diverse mountain pasture. All three still make cheese by hand in an age old traditional manner.

Put simply their cheeses are amazing and made in an amzing time old way; the reason Andy is leaving the business for three days is to see these made before they are lost for ever…

This tasting is invite only and will be free of charge but ticket only. For more details or to express an interest please email [email protected] 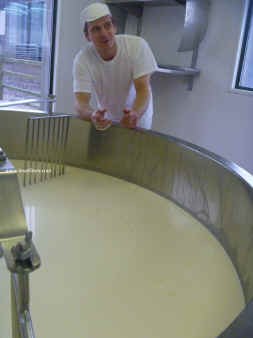 A fantastic opportunity for you to taste thoroughly-traditional cheeses of Britain, joined by Sam Holden of Hafod Cheddar, cheese-maker extraordinaire, who is responsible for re-inventing Cheddar as we know it.

Each of the cheeses will be matched to a distinctive (and different) wine from the Burgundy region, selected and introduced by Rob Bagot of Buon Vino. After the tasting a delicious two-course dinner will be served.

This is an opportunity not to be missed! Sam Holden is one of the finest artisan cheese-makers in the UK, and rarely has time to leave the farm – he only generally speaks at events once a year. His cheese is always in short supply and only sold at the top Michelin-starred restaurants and a handful of cheese-shops. It will be a great honour for The Courtyard Dairy to have him here; Kathy and Andy are overjoyed that he made time to come to this exclusive tasting.

The Holden family led the way in organic farming, creating one of the first organic farms in the UK. Having run away to the ‘city’ at an early age, in 2007 Sam decided to rejoin the family farm and since taking over the family operations created Hafod Cheddar. Since creating the cheese, Sam has researched traditional recipes and re-invented Cheddar as we know it.  Read more about it here.

Matched alongside that Rob Bagot has chosen some of his finest Red and White wines from Burgundy to taste.

To start we will compare the history and taste of several traditional British cheeses, looking at their differences and how they came about: Kirkham’s Lancashire (tasting from a traditional 20kg made for The Courtyard Dairy and the more modern 10kg form found elsewhere).

These will then be followed by a short speech by Sam Holden of Hafod Cheddar and a tasting of several batches of his cheese.

The Holden family led the way in organic farming, creating one of the first organic farms in the UK. Having run away to the ‘city’ at an early age, in 2007 Sam decided to rejoin the family farm and since taking over the family operations created Hafod cheese. Since creating the cheese, Sam has researched traditional recipes and re-invented Cheddar as we know it. Read more about Sam Holden’s cheese here.

All the wines will be macthed to the cheeses on the night and intorduced by Rob Bagot of Buon Vino.

Free delivery with orders over £55
Standard delivery - £5.95
Sign up to the newsletter