~ Order now and choose your own delivery date at checkout ~ FREE delivery when you spend £55 ~
Home Learn About Cheese Cheese Musings & Tips The history of Stilton cheese: from it’s origins to present day….
Show Sub-menu 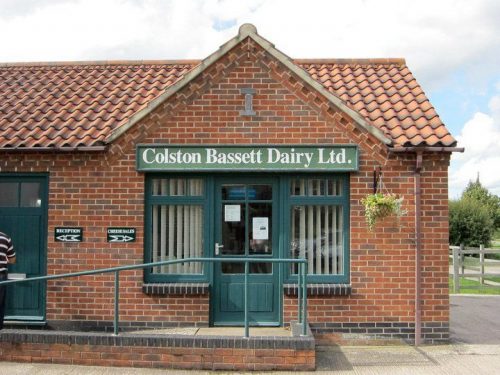 The English have a trump card – Stilton.  An elderly English cheesemonger once visiting me in France once said: “The French still can’t do the blue ones, eh?”  To be fair to the French, they offer a delicious and delectable range of blue cheese: the brilliant Bleu des Causses, the fantastic Fourme d’Ambert, the piquant Persilée du Malzieu and their supreme salty-and-spicy Roquefort.

Yet the “King of the Blues” – perhaps even the “King of Cheese” is one hundred percent English.  At its most brilliant, very few blue cheeses can beat it.  We may have lost our famous territorial cheeses to be plagiarised the world over, but some intelligent spark in the past decided to trademark the name of Stilton and so it remains ours; quintessentially British   Only to be made in Nottinghamshire, Leicestershire and Derbyshire, in a time honoured style.

The origins of this fascinating cheese are clouded in mystery … with times, dates and events lost to history. 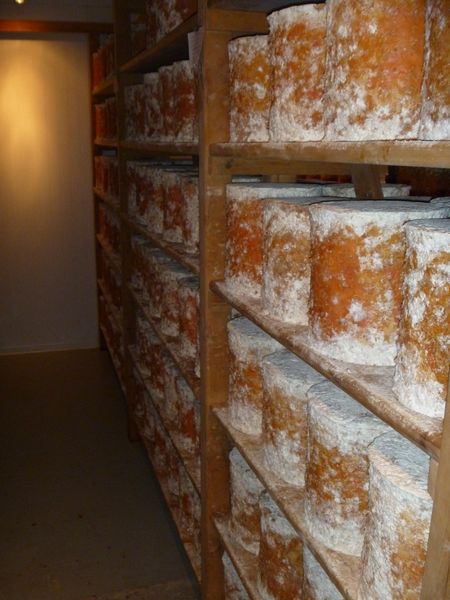 We do know of course that the market town of Stilton pays an important part in that history.  Cream cheese was made within this parish well before the 17th century, and the renowned writer, Defoe, mentions Stilton in his travels in 1724 as a town “famous for cheese”.  Few historians can contest it was The Bell Inn (in Stilton) that secured its fame: Stilton was a day’s journey for those travelling North by carriage from London: the Bell Inn was an ideal place for weary travellers to put up their feet, providing all the home comforts including good beer and local cheese.  As the travellers moved on they took with them the name and fame of the cheese.

Demand grew, from the gentry and common folk alike, and commercially over the next century the popularity of the cheese grew.  In 1910 the Stilton cheese-makers organised themselves together to define and improve production methods, protecting the origins of the cheese.  (Later they would create ‘The Stilton Cheesemakers Association’, gaining a trademark and the PDO* it still holds today.)  At the same time production started to move towards village dairies, replacing farmhouse Stilton, and, with growing industrialisation, many methods of production became automated.  Finally, in 1935, the last farm stopped production of Stilton. 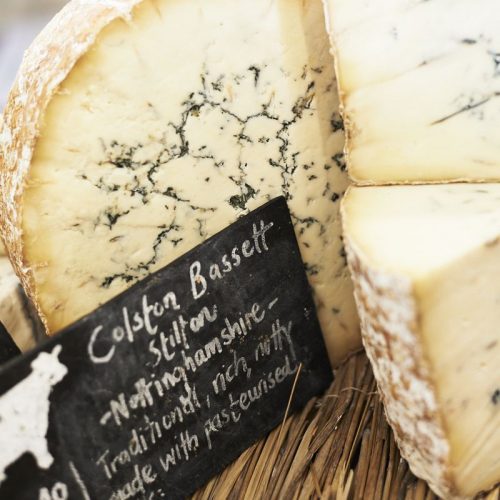 As the town dairies modernised only Colston Bassett District Dairy would continue to make cheese in the traditional manner: using unpasteurised milk, and hand-ladling curds (ensuring a creamier, smoother texture).   That is up until in 1989 when even they stopped due to a health-scare.

Yet In 1992, on a bleak day for British cheese-making, the Stilton makers decided to incorporate pasteurisation into the legal decree for making Stilton.  Never could another Stilton be made with unpasteurised milk.

There has been new producers of Stilton since, and although Quenby Hall have given up, Hartington Creamery added to the fold to bring the total number of official Stilton makers to six in 2014, but we still have no farmhouse or unpasteurised Stilton.

Even though in 2006, Joe Schneider, of Collingthwaite Farm in Nottinghamshire, did start making a blue cheese from a traditional recipe, using unpasteurised milk.  He was barred by the five Stilton producers at the time from calling it ‘Stilton’ (as it’s made with unpasteurised milk, even though it is in the area and made to a Stilton recipe).

Joe instead had to settle on the name ‘Stichelton’, the old name for the market town of Stilton.  A fabulous, traditional, prime-quality cheese was recreated – perhaps Stilton as it used to be?  Read more about Stichelton here.

And why do we eat Stilton at Christmas?  It became popular to eat then as the best quality milk comes from grazing at the end of the summer and the cheese takes about three-months to mature – hence the very best Stilton is ready just in time for Christmas…

*Protected Designation of Origin.  A European wide name protection of products which are produced, processed and prepared within a particular geographical area, and with features and characteristics which must be due to the geographical area, e.g. Stilton, Roquefort, Comté.

There are currently six Stilton producers who hold the PDO: Colston Bassett, Tuxford and Tebbutt, Websters, Long Clawson, Cropwell Bishop, with Hartington Creamery adding to this fold in 2014.