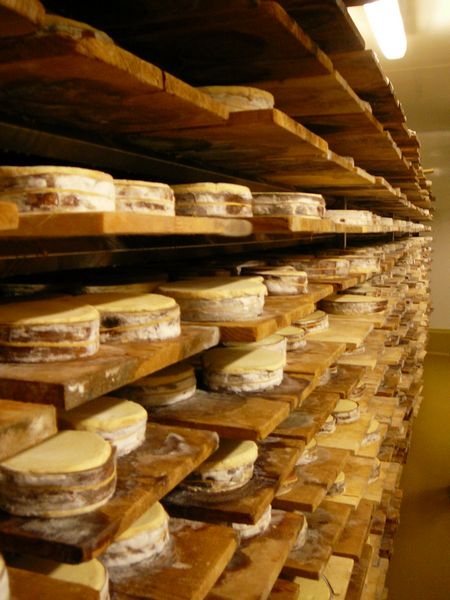 Straddling the high pastures of the Swiss / French Border is the mountainous peak of Mont d’Or (1461m), from where a very famous cheese takes its name: Vacherin Mont d’Or (also called Vacherin du Haut-Doubs in France).  Perhaps one of the most famous French and Swiss Cheeses, Mont d’ Or has become a classic staple of any cheese-lovers Winter arsenal.

The origins of Mont d’ Or is hard to trace.  But as early as the 13th century are records that cheeses were being made in this Haut Doubs and Vaud regions that were encircled in wood.  At this time Monks were responsible for developing cheesemaking in many areas, and although there is no doubt that cheese was being made in The Alps before then – the monks were at the forefront of pioneering dairy farming and cheesemaking as we know it today.  Clearing high pastures in the Alps, the monks created great swathes of land for high grazing in the Summer to produce rich milk.

With this rich Alpine milk the majority of cheeses were produced in Spring and Summer, as after the Spring calving, kidding and lambing, the animals go out on the most abundant and plush pasture and produce the best (and most milk): hence cheese was made as a way of preserving this milk for the leaner months.

But Mont d’ Or isn’t even made in the Summer, with it’s production being focused around Autumn and Winter starting at the very earliest on August 15th.

So why is Vacherin Mont d’Or a seasonal Winter cheese? 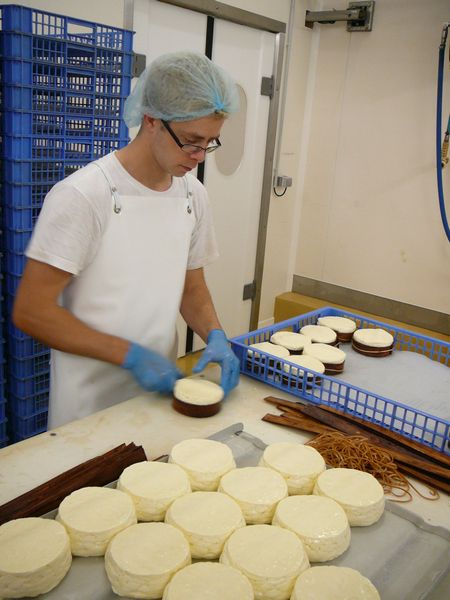 Well, throughout the Spring and Summer cheeses were being made in these high Alps in the Franche-Comte (the Doubs is a department in the Franche-Comte region).  Using the fine pastures and the plentiful milk, the small farmers decided to pool their milk and create local co-operatives or fruitières.  Here, using the milk of many farms they could make a large cheese that could then be aged to last them though the Winter: and so Gruyère and Comté was created.

But as Summer ended the roads to the fruitière where the cheese was being made would often become inaccessible with snow.  Couple this with colder weather (Gruyere and Comte is made from heating the curd up to a high temperature), and the fact the cows are reaching the end of their lactation and coming off the rich mountain pastures down into the valley.  This would mean their milk becomes richer in fat and there is less of it to go around, this type of milk is better to make a smaller, softer cheese.*

Hence each farm would make a small cheese, in colder conditions that is quite rich and soft – perfect for their fatty milk.  In fact, so rich and soft it would often have to be strapped up to stop it collapsing.  They decided to do this with a product they could find locally all over the Alps – spruce bark, which imparts a resinous flavour to the cheese. 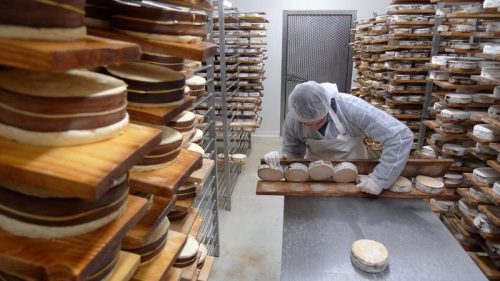 After being strapped up the cheese is lightly-washed to encourage it to ripen (for 15 days).  It helps that the Franche-Comte is also known for it’s salt mines, this salty washing solution helped create the dappled orange, and white fluffy rind (you can eat this rind – it’s edible!).  After washing, Vacherin is squeezed into it’s characteristic spruce box, then aged – for a minimum of 21 days in total.  But at The Courtyard Dairy we like Mont d’Or so it oozes a little, and becomes richer softer and fuller flavoured – we won’t sell it before 6 weeks old.

Vacherin Mont D’Or is made this traditional way as it has been for many centuries (it was even recorded in letters to Parmentier in 1799).  That is why it is nice that the seasonality remains, and as per the AOC is can only be made in the department of Doubs (in France) and the Vaud (in Switzerland) at altitudes of 700m+.

The French version of the Vacherin Mont d’Or cheese is also still made using exclusively unpasteurised milk (Swiss is pasteurised) from traditional breeds of cows (Montbéliarde ou French Simmental).  In 2009, 11 makers remained in France, of which Sancey Richard (Fromagerie du Mont D’Or) are perhaps the finest.  (Read about Andy’s visit to Sancey Richard here, and how they make their cheese).

If you do get your hands on a Vacherin Mont d’ Or this winter be sure to savour it in all it’s glory, and, if you can – remember Britain’s eminent cheesemonger of the past, Patrick Rance’s advice on how to get the most out of eating your Vacherin:

‘if you are not in stuffy company: lick the bark after each mouthful of cheese, and do not waste what is left; put it on the fire to die in a scent of glory’…. 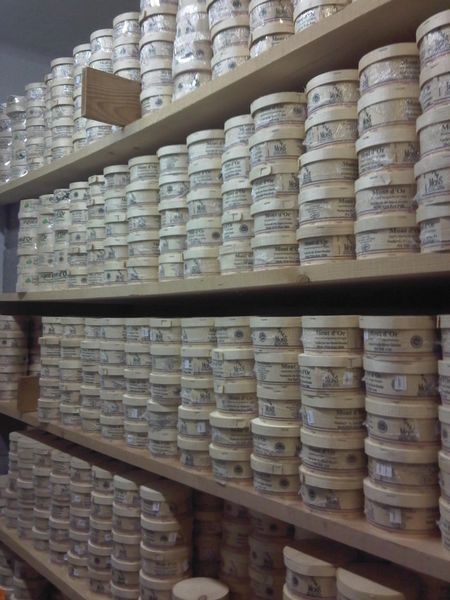 * For various technical reasons hard aged cheeses are better made from milk not too rich in fat as it holds to much moisture in the curd (Parmesan, Gruyere and Comte are all made from partially skimmed milk, naturally skimming it by letting the cream settle to the top then taking it off).

Winner of Cheesemonger of the Year (Farm Shop & Deli Awards 2016)

Mont d’ Or will soon be here so celebrate…