~ Order now and choose your own delivery date at checkout ~ FREE delivery when you spend £55 ~
Home Learn About Cheese Cheese Musings & Tips What is an artisan cheese? And what do the words traditional and farmhouse mean?
Show Sub-menu

What is an artisan cheese? And what do the words traditional and farmhouse mean? 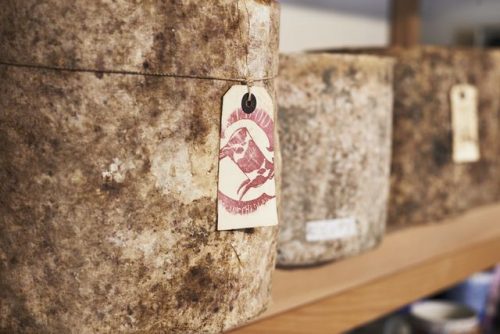 The Courtyard Dairy’s owners like to say that they support traditional farmhouse production and artisan cheese makers.  But what exactly does that mean?

‘Farmhouse’, ‘traditional’ and ‘artisan’ are more recognised as styles of cheese rather than as a method or scale of production.  This blurs the boundaries as far as the consumer is concerned – how can someone be sure they are buying a true artisan product?

Well, true artisan cheeses should be made on a small scale, often using milk from a single herd of animals on the cheese-makers own farm.  They should be made by hand using traditional, methods of manufacture and ageing.  These are often slower and more labour-intensive; they include letting the cheeses form a natural rind or binding the rind in cloth.  They should also have better depth of flavour.

Making a cheese this way on a small scale often means the cheese maker can use unpasteurised milk, because they can control their inputs and they know all their cows.  Using unpasteurised milk can have added benefits in terms of flavour, allowing the cheese to capture the true ambience (or ‘terroir’) of the farm.  But unpasteurised milk and the differences it makes will be covered in a later blog…

A brilliant example of how making traditional cheese can really mark the difference between farms is to compare the three traditional Cheddar-makers left in Somerset: Keen’s, Westcombe and Montgomery’s.  No more than eight miles apart as the crow flies, they all make one-year old Cheddar to a ‘traditional’ recipe as they have for generations.  Each of the three close farms uses unpasteurised milk, cloth-binds their cheese and has similar breeds of cow.  Yet their Cheddars are distinctively different.  After a few tastings, they become easy to tell apart and it’s more obvious which cheese came from which farm.  This is the brilliance of properly made farmhouse cheese – it encapsulates that specific farm’s unique characteristics and makes a cheese that cannot be replicated, even on the farm next door!

This type of production (traditional, farmhouse) is something the owners of The Courtyard Dairy champion, for several reasons: 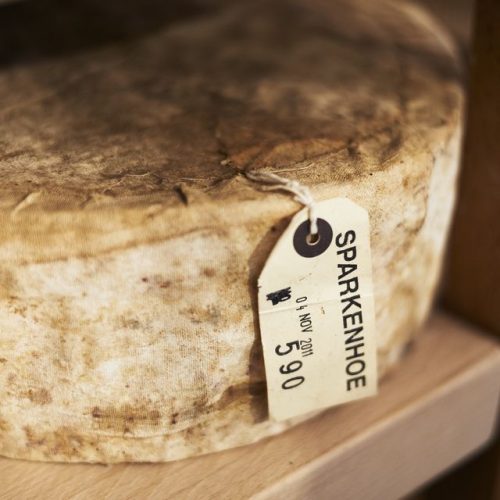 So are the terms ‘artisan’, ‘traditional’ and ‘farmhouse’ protected?

Unfortunately these describing words for cheeses made on this small scale of production aren’t protected or legally defined, so anyone can claim they make a ‘farmhouse’, ‘traditional’ or an ‘artisan’ product.  For example Wyke ‘farm’ Cheddar make 14,000 tonnes of block vac-packed cheese year – combining milk from their own 1200 dairy cows with that from another 150 farms.  Compare that to the ‘farm’ Cheddar stocked by The Courtyard Dairy: Dale End has only 46 cows and produces just 10 tonnes a year.  Both these Cheddars have their place in the world, but one is farmhouse, made by hand with unpasteurised milk and cloth-bound, the other one is factory-made with pasteurised milk and vacuum packed.  Yet both can be labelled ‘farm’.

So if someone wants to support traditional, farmhouse products how do they discern the difference?

The problem is the small producers don’t have nice labels, funny names, marketing budgets and salesman on the road getting their product into delis and farm shops.  Often in these shops, therefore, are brands of the big producers that have been positioned to compete in the artisan market against the ‘real’ artisans.  It’s easy to see why experts like Andy Swinscoe at The Courtyard Dairy are invaluable for sourcing just the genuine farm product. 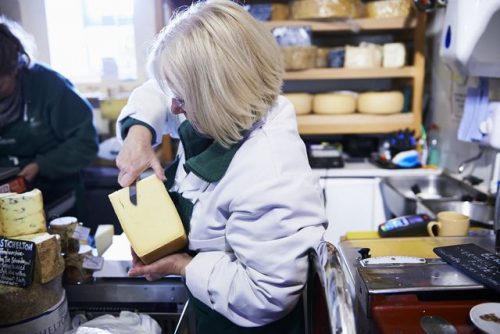 Here are some further tips for picking out artisan cheese:

So go on – search out proper farmhouse British cheese, and try something different and truly unique today!