~ Order now and choose your own delivery date at checkout ~ FREE delivery when you spend £55 ~
Home Learn About Cheese Cheese Musings & Tips Brie vs. Camembert – what is the difference between Brie and Camembert?
Show Sub-menu

I once had an esteemed food critic come into the shop and say “well, Brie and Camembert – they’re the same thing anyway”.  Not wanting to contradict and upset him I just smiled and half-nodded.  With the benefit of hindsight, I realise now that I should have spoken up and explained the difference.

But what is the difference?  Well nowadays the lines have become blurred.  Because the names aren’t protected, every soft ‘white-rinded’ cheese takes the title of either Brie or Camembert with no apparent reason for the choice.  Hence each can be found in a variety of shapes, flavours and sizes, observing no distinct style for either.  But if we look back to their French origins we can see a difference, and this is a difference that is still fairly noticeable if you compare a classic Brie de Meaux with a proper Camembert de Normandie.

Brie came first!  Originally made in the department of Seine et Marne in France, Brie takes the second part of its name from one of the three towns there: Melun, Coulommiers and Meaux, and is said to have been made since the 8th Century. There is no doubt, however, that both this Brie recipe and also the Camembert recipe have evolved over the last 100 years as we have gained a greater understanding of the science behind cheese-making as well as the ability to propagate and add in certain desirable moulds and bacteria (originally Brie was a “poorly drained, black-coated affair” and Camembert “had a blue rind”). 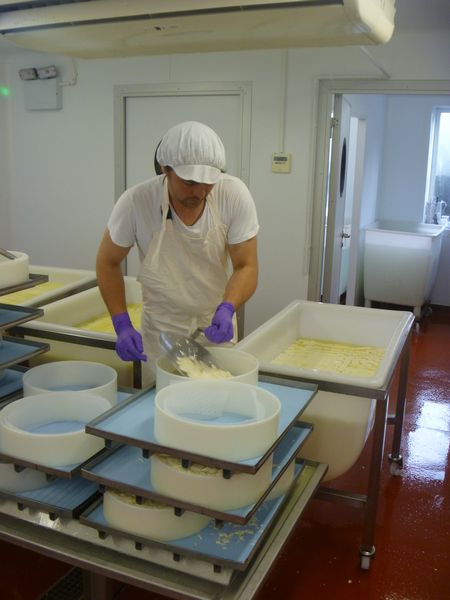 varies from maker to maker, but is generally slightly smaller than Melun).  With a delicacy of taste, Brie flavours should be complex but gentle, with milky, damp forest/mushroomy notes and a velvety texture, although Brie de Melun has slightly more robust, fuller flavours (being made in a slightly different style and production – a long lactic set rather than the mainly rennet-set of Brie de Meaux).  The robust Brie de Melun is said to be the ancestor of all the Brie and Camembert styles.

Camembert developed later than Brie. Legend has it that a visiting priest from Brie, hiding in Camembert during the reformation, taught a basic recipe to local farmer Marie Harel in 1791.  It evolved from there, although there is some evidence to suggest it was being made at least hundred years before then!  Traditional Camembert has developed to be a smaller cheese (250g), carrying much more powerful flavours than a classic Brie de Meaux.  These real Camembert’s are a delight, packing a punch, and full of intense flavours, garlic, truffle, porcini/cep, and vegetal.  A cheese whose strong aroma can make you unwilling to open your fridge door!  The slightly different recipe, size, and yeasts that grow on Camembert all contribute to and highlight these distinctions from traditional Brie. 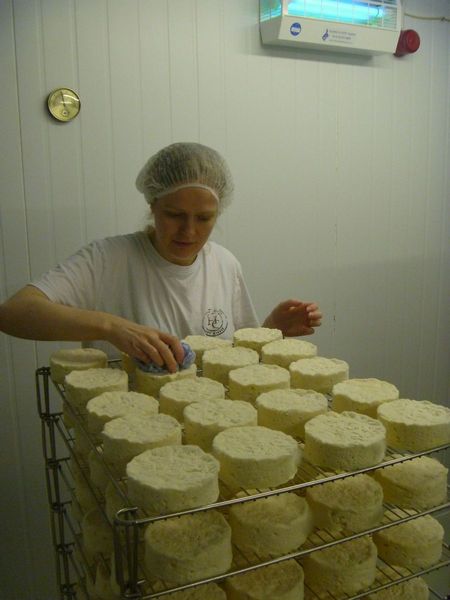 So why is there today such a variance of size shapes and flavours in Brie and Camembert?  Well, since neither the name Brie nor the name Camembert were protected, ‘bastardisations’ started to appear.  The only stipulation of what a Brie type appears in the trading standards codex, which stipulates that:

“Brie is a soft surface ripened, primarily white mould ripened cheese in conformity with the General Standard for Cheese which has a shape of a flat cylinder or sectors thereof.  The body has a near white through to light yellow colour and a soft-textured (when thumbs-pressed), but not crumbly texture, ripened from the surface to the center of the cheese … A rind is to be developed that is soft and entirely covered with white mould but may have red, brownish or orange coloured spots.”

So take a guess what the trading standards codex stipulates for Camembert.  You guessed it!  Exactly the same.  Word for word.  But it does, however, go on to stipulate that Camembert should (but doesn’t have to) be smaller (80g -500g) than Brie (500g – 3.5kg).  That’s why there’s a plethora of Bries and Camemberts that don’t fit the traditions expected above, and why these two words are often used to describe the same cheese.  So whilst there is a difference between Brie and Camembert in the French classics, the chances are that the Brie you buy today could be more like a Camembert, and vice-versa…

At The Courtyard Dairy we still try to maintain the traditional differences, although we use modern British cheeses that have evolved into their own thing: the Brie we source is an unpasteurised farm-made Brie de Meaux style from England – Baron Bigod).  It is rich, mushroomy and creamy and weighs in at 3kg.  The Camembert-style cheese we stock (Tunworth – a British variant) is a smaller, individual cheese that is powerful, vegetal and punchy in flavour.

To summarise, I always think of a true Brie as ‘the gentleman’ – refined and smooth, whereas a true Camembert is like ‘the farmer’ – rustic and full of life.  And let’s face it, if you’re tasting Brie and Camembert in a specialist cheese shop like The Courtyard Dairy, you’d expect there to be a difference in taste, wouldn’t you?

You can buy the delicious Baron Bigod Brie and Tunworth online here. 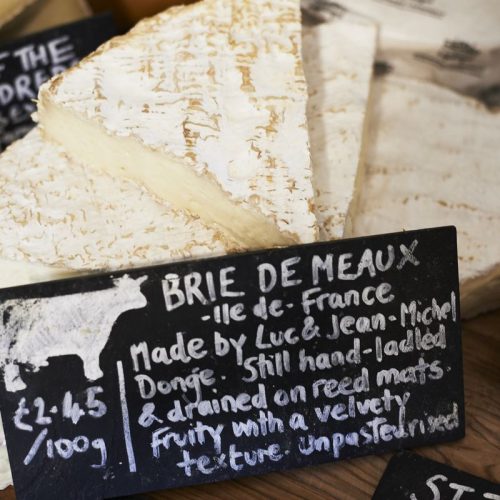 Oh!  I forgot to mention that it’s perfectly fine to eat the rind (or at least try it, please!)  With well made Camemberts and Bries the rind contributes an amazing flavour.  But watch out for the ‘standardised’ versions – the rind can tend to be bitter and unpleasant; a result of the aggressive white moulds the producers use.

[It is worth noting that I am all for variety in soft cheeses so in the next blog I’ll examine the varieties of Brie and Camembert style cheeses available, from crème enriched to lactic, Charouce to Somerset.  And I’ll be asking, does Britain have a history of soft-cheese-making?]

Find out more fascinating facts about cheese and about this blog when it’s published – simply sign up to The Courtyard Dairy monthly newsletter for regular  exciting offers and interesting info. from the cheese-world.  Sign up here.