~ Order now and choose your own delivery date at checkout ~ FREE delivery when you spend £55 ~
Home Learn About Cheese Making & Ageing Cheese Finn Cheese: the story of the ‘great white one’
Show Sub-menu

Finn Cheese: the story of the ‘great white one’ 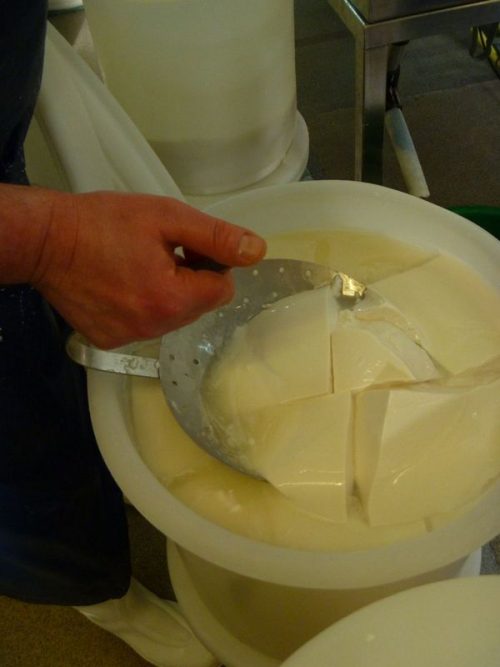 Finn was created in Sevenoaks by Neal’s Yard Creamery (read more about them here).   As Britain’s first cream-enriched cheese (often called double or triple cream cheese) and is named after Charlie Westhead’s dog at the time (Finn is Irish for ‘great white one’).

Finn is made similarly to famous French counterparts such as Vignotte, Brillat Savarin and various Délices.  Enriching the milk with cream before making the cheese (in this case double cream) provides a rich voluptuous texture and creamy mouth-feel.  This showcases the wonderful flavour of their rich organic cream.

Making this kind of cheese, however, is not without its difficulties – adding cream (and therefore fat) causes problems because it can settle out during cheese-making (especially with the slow lactic set that this cheese has), it holds more moisture in the curd, and it can break down faster providing soapy or bitter flavours (which is why many hard cheeses, such as Parmesan and Comté, are made with partially skimmed milk).

To solve these problems, Charlie utilises some ingenious tricks.  Firstly, in the last few years they have 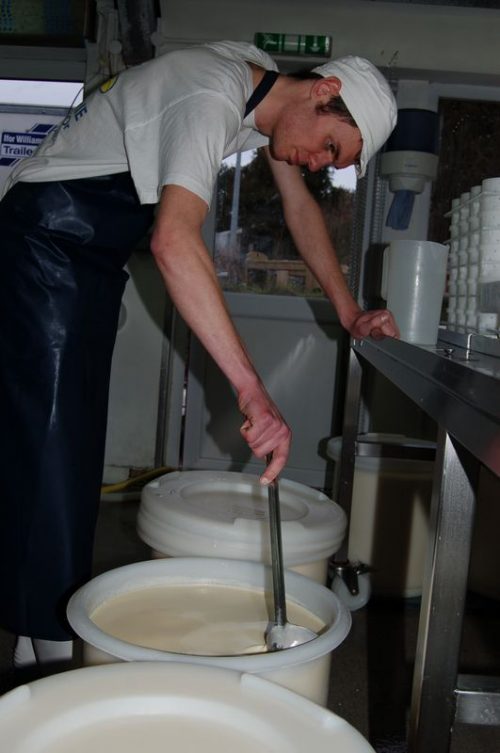 recently started using a more gentle, slower-working ‘bulk starter’ bacteria, which is less aggressive.  They also handle the milk very gently, being careful not to pump it too vigorously (and therefore damage the fats) and they have dropped the temperature at which they ‘rennet’.

This gentler, slower set could lead to more cream rising out of the curd (a warmer temperature speeds up the set, preventing a lot of cream rising), but now Charlie ‘top stirs’ the buckets every 15 minutes during the setting hour (up to ‘flocculation-point’ – when the rennet starts to set the milk into curd) to keep the cream mixed with milk before it sets.

This traps the beautiful cream in with the milk and the resulting curd is then ladled into moulds the next morning, before being turned, dried and aged to produce a delicate white coat.

At The Courtyard Dairy I like to sell Finn at four weeks old – which has given it enough time to develop the lactic, hazelnutty flavours that balance the creamy richness, and a gentle ice-cream like texture.  Any older than this and I feel the cheese breaks down too much and the soapy, bitter flavours start to express themselves. 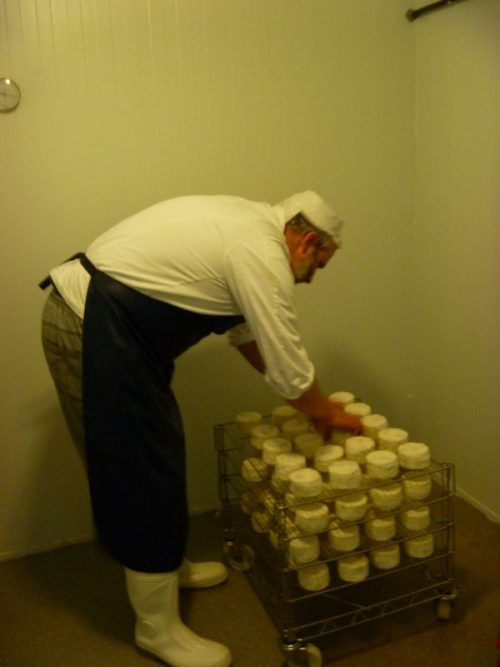 Just as important as the skill of the cheese makers is the quality of the raw ingredient – the milk used for Finn.  In this case it is sourced from farmers Andrew and Rachel Giles, half an hour away at Glasbury on Wye.

Milking New Zealand Friesians (with a few Jerseys thrown in), their milk has a much higher butterfat and protein than most commercial Holstein-Friesian herds, which is important when it comes to cheese making (in New Zealand they are paid for milk-solids, not volume, so the quality of the milk is important).

Their method of farming is based on a New Zealand system too.  This involves only milking the animals when they are out at pasture on grass (rather than all year-round) – providing a richer more flavoursome milk.  Not many farms do this because they only get milk when grass is growing (a problem if you need milk all year round) and they cannot allow a cow to slip its ‘calving block’:  the cows must be calved in a tight block at the correct time (February/March) to allow for peak cow grazing at the same time as peak grass growth: April-September.

The Giles’s then carefully manage their farm grassland from February (when the cows start calving) until the end of November (when the cows are dried off).  That means weekly measuring, following targets for the amount of grass growing on the farm at different times of the year, and reacting to deviations.  They keep the soil fertile and healthy and reseed the grass with distinct varieties for their system so they can grow as much grass as possible.

With the milk being produced April-September, the cheese produced is therefore seasonal: Finn cannot 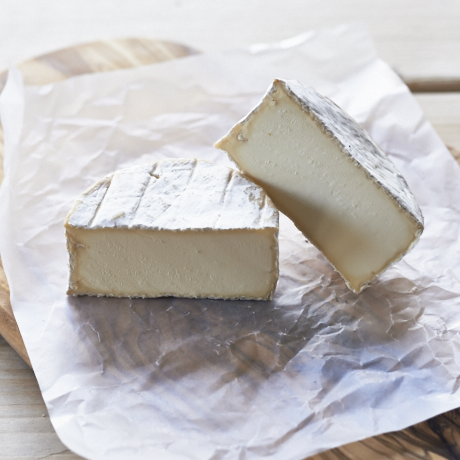 be found during the early months of the year (February-March) while the cows are not grazing at pasture.  Being made from ‘grass-fed’ milk only, however, the cheese benefits from and truly reflects the amazing quality of the milk!

You can buy Finn Cheese from The Courtyard Dairy here.

Late last year I went off into the deepest darkest depths of Herefordshire to find one of Britain’s most-outstanding and pioneering cheese makers: Neal’s Yard Creamery.

Read about that visit here…