~ Order now and choose your own delivery date at checkout ~ FREE delivery when you spend £55 ~
Home Learn About Cheese Making & Ageing Cheese Natural cheese-making and making your own lactic acid ‘starter culture’: is it the panacea of farmhouse cheese-making?
Show Sub-menu

Natural cheese-making and making your own lactic acid ‘starter culture’: is it the panacea of farmhouse cheese-making?

What is a starter culture? 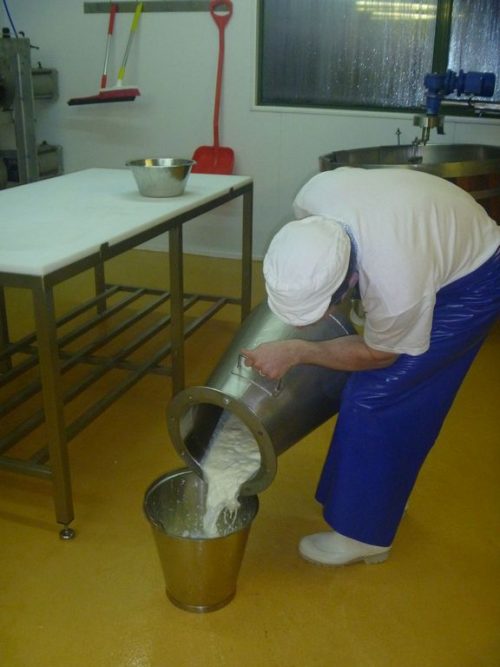 Making cheese involves acidifying the lactose sugar within milk, turning it into lactic acid. This key step in cheese-making helps set the milk into curd, assists in giving the cheese its flavour, and makes the cheese long-lasting and safe to eat. This process needs bacteria, specifically ‘lactic acid bacteria’. Nearly all cheese makers within the UK buy these bacteria in. Much like bakers buy yeast to make bread, cheese-makers buy bacteria to make cheese. They add it to the milk at the beginning of the cheese-making process so it helps kick-start the process.
The lactic acid bacteria are grown by scientists in laboratories, and are sold in sachets, called ‘starter culture’, and are well-tried and tested. The milk will then acidify as it’s supposed to and this will help to produce consistent cheese results. The availability of this ‘off-the-shelf starter culture’ has helped improved cheese consistency and flavour in many ways.

These sachets are, however, ‘some-one else’s’ bacteria; bacteria not perhaps natural to the cheese-maker’s area and milk. On large-scale cheese production, using bought-in cultures is essential because when the milk is coming from multiple farms, often collected over several days, and is pasteurised, the cheese-maker needs to repopulate the milk with lactic acid bacteria in order for it to acidify and to prevent ‘bad’ pathogenic bacteria from growing. It also helps produce a more consistent product as the cheese-maker will know exactly what the bacteria they add will do.
For more info on starter cultures read: What is starter culture for cheese and what does it do?

So why make ‘natural cheese’? 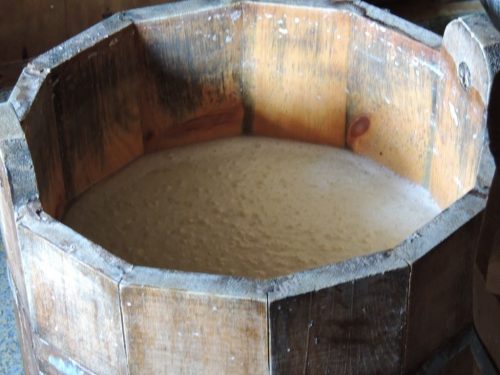 If made correctly, a natural cheese will be something completely unique to the cheese-maker and the farm. Rather than treating the milk with pre-made culture, the cheese-maker is allowing their milk to express itself, and the bacteria it naturally contains will grow. The balance and make-up of this indigenous microbial community will be exclusive to each location and each cheese, which will give a cheese with a truly unique flavour. This is cheese in its purest form – a true reflection of where it is made: the ‘terroir’.

But natural cheese-making does have its disadvantages.

What are the disadvantages of making a natural starter culture?
A lab-made starter culture bought from dairy scientists like Hansen’s is tried and tested, and will acidify the milk as required; the cheese-maker will know exactly what it is going to do. In this way it is safer to use (as bad bacteria are outcompeted) and will produce more consistent results. This is essential for any producer selling to a larger market, or where a customer doesn’t get to sample the cheese each time just before they buy – the producer doesn’t want the cheese to be different each time!

But when using homemade starter cultures, the culture is constantly evolving so will produce different results each day. A good cheese-maker can mitigate the risks, but there is no doubt the cheese may not be consistent or standard every time. Which can be exciting, yes, but also challenging – the cheese will be more variable and sometimes, if the process is not done correctly, can be tainted by off-flavours. As the cultures are also wild and un-refined, the cheese-maker will never know for sure what acidity they will create or what speed they will run at, so knowing how much to use, when to change them and how to maintain them is an art or skill learned through experience.
A cheese-maker making their own starter culture needs to know what they are doing to avoid cultivating ‘bad’ pathogenic bacteria. It is not for everyone. The cheese-maker must have really close control over their milk quality and follow correct methods to make their own starter safely. All of the UK natural cheese-makers mentioned above have to thoroughly test their cheese and starter culture for bad bacteria, and have spent a lot of time working on methods to safely produce their own starter.
Indeed of the producers who make natural cheese in the UK have made cheese for many years using more commercially-available starters before they felt confident enough to start to develop their own.

There is also an argument that the selective cow breeding and modern-day milking and cleaning methods used in the quest for ‘clean’ milk has removed a lot of the natural population of lactic acid bacteria within the environment and milk, so making your own starter culture might actually prove impossible to do in any case!

How does a cheese-maker make their own starter culture for cheese? 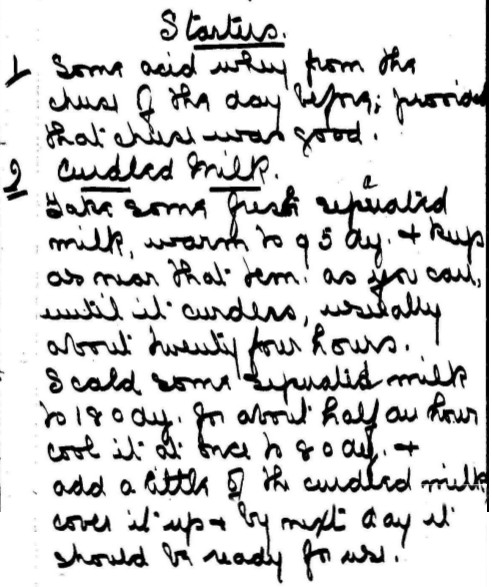 Andy Swinscoe’s great grandma’s notebook (from being a dairy maid in 1912) lists a couple of ways to make starters, which other old texts and current industry practice seems to confirm as the most commonly accepted methods:

Some old methods don’t mention adding any of this pre-cultured milk or homemade starter at all and the milk would still acidify. There are still some producers on the continent who use these methods. They tend to be milking traditional cow breeds such as Salers, and wooden equipment which has been used for many years and is soaked and cleaned in whey (not using any aggressive chemicals at all). These utensils effectively hold the bacteria within the wood. Salers du Buron, Ragusano and Bleu de Termignon are all still made like this.
Some producers tend to just let the evening milk sour overnight by leaving it out warm in shallow pans, before adding it to the morning milk. Although it works for some makers, most farm-producers today have a more hygienic and ‘cleaner milk’ environment than the past, so the chance of their milk generating acidity by these methods in sufficient time to make good cheese is rare.

So does natural cheese have a future?
Let’s hope so! But even in Italy and France the practices of making their own starter are dying out, because buying-in pre-made starter culture does make the whole process of making cheese easier.
Many French and Italian affineurs, as well as The Slow Food Movement in Italy, are therefore trying to document and encourage those still making ‘natural cheese’; as are those at the forefront of farmhouse cheese in the UK.

Natural cheese is definitely harder to make. It does have consistency issues. It should be only carried out by those who are really confident of, and have control over their raw milk. But tied into many other factors (milk quality, animal breed and feed), it can help the cheese to become a complete expression of where it is made – totally unique to the producer. Isn’t that what farmhouse cheese-making is all about?

Click here to view the natural cheeses currently in stock >

(Recently Martin Gott in England got a Nuffield Scholarship to research further “The prevalence and importance of indigenous bacterial cultures in raw milk cheese”; in order to increase our understanding of natural cheese and bacteria [listen to a podcast with Martin talking about natural cheese here>].)

What is starter culture for cheese and what does it do?

The term ‘starter culture’ is used to describe bacteria specially grown to ‘start’ the transformation of milk into cheese. A starter culture is used in the making of the vast…

Martin Gott’s cheese-making day doesn’t start until 8.30 am. By that time the milk vat is full. With just 100 litres. Most of the small farms that supply cheese to…