~ Order now and choose your own delivery date at checkout ~ FREE delivery when you spend £55 ~
Home Learn About Cheese Making & Ageing Cheese What is starter culture for cheese and what does it do?
Show Sub-menu

What is starter culture for cheese and what does it do? 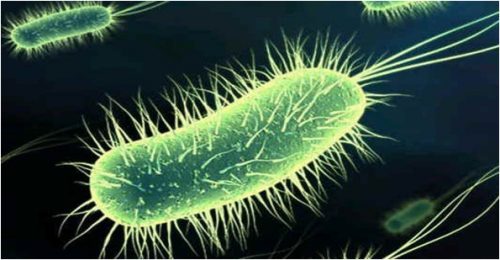 The term ‘starter culture’ is used to describe bacteria specially grown to ‘start’ the transformation of milk into cheese.
A starter culture is used in the making of the vast majority of cheese, go turn the milk’s natural lactose sugar into lactic acid. This is beneficial for cheese-making for several reasons:

Firstly, acidifying the milk forces it to curdle and split, helping to form the curd which are the essential ingredient in cheese.

Secondly, creating lactic acid ‘uses up’ the lactose sugar and milk nutrient resources and the milk becomes more acid.
These two factors make it harder for ‘bad’ pathogenic and spoilage bacteria to grow – they don’t like acid, and to grow they also need the sugar in milk. Preventing the growth of bad bacteria, therefore, naturally helps preserve the cheese (and is one of the reasons why cheese keeps longer than milk).

Thirdly, the process starts to create flavour which will go on to influence the final texture, smell and taste of the cheese.
In order for all of this to happen bacteria are essential. The bacteria are more often than not added to the milk right at the beginning of the cheese-making process, hence the term ‘starter culture’, and are primarily Lactic Acid Bacteria (abbreviated to LAB).

What types of starter culture are available?

The use of starter cultures in cheese-making has carried out for hundreds of years. In recent years, however, with advancing scientific knowledge, technicians became adept at selecting and breeding certain strains, creating preparations and blends of bacteria designed specifically to help acidify the milk give different flavours and acidifying rates.

Broadly they are characterised into two types:

Most starters are now produced in laboratories on a large scale by multi-national companies, before being packaged in a form which is easy to use.

These starters are commonly added to the vat by one of three methods: 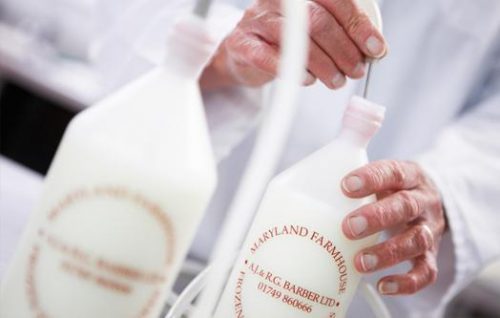 Britain has its own starter star: Barber’s. These large-scale Cheddar-makers down in Somerset have produced one of Britain’s best commercial Cheddar’s since 1833. But in the farmhouse cheese industry they are much more revered for keeping alive the traditional ‘pint-pot’ starter-culture that so many small-scale farm cheese-makers rely on, from Kirkham’s and Montgomery’s to Stichelton and Stonebeck.
These ‘pint-pot’ cultures are uniquely British. The Barber family have their own laboratory where a range of traditional cultures are made for all types of territorial British cheese.
Barber’s Cheddar actually ‘fell into ‘starter culture production by accident.  In the mid-nineteenth century a dairy technician John Lewis went around collecting up soured milk and whey used on farms throughout Somerset as cultures to start there cheesemaking.  Using these indigenous cultures he refined them working with the bacteria to breed out those that produced off flavours, inaccuracies and potential problems, them sold them back to farmers to help more consistent cheese from bacteria unique to the area.
These live bacterial cultures were then taken on by a larger scale producer who carried on John Lewis work, eventually under the guidance of microbiologist and scientist, Ray Osbourne .  But science advances, and in the 1970s and 80s this large scale bacteria producer moved with the time and decided to move solely onto producing only DVI cultures.  Barber’s experimented with these DVI and weren’t happy with the results – you loose some some of the diversity / flavour when went the culture is freeze dried rather than living.  So Barbers told their supplier that they wanted to continue using their existing liquid bulk starters.
But the supplier said ‘no’, that was being discontinued as ‘old-hat’; the new DVI cultures were the future.
So Barber’s decided to buy up all the cultures, build their own laboratory, and employ Ray Osbourne, their supplier’s dairy microbiologist to keep those cultures alive (Ray Osbourne, went on to get an MBE for service to cheese!) Thanks to Barber’s, modern-day cheese-makers can still use the age-old cultures and get a flavour of the past.

Natural cheese-making and making your own lactic acid ‘starter culture’: is it the panacea of farmhouse cheese-making?

If you want to learn how to make your own cheese, the best place to start may be a cheese-making course, of which there are many throughout the UK.

Rennet is essential in cheesemaking, but with more and more vegetarian cheeses on the market how does vegetarian rennet fit in?  And how is it different from ‘traditional rennet’?  Does it affect the flavour?…