~ Order now and choose your own delivery date at checkout ~ FREE delivery when you spend £55 ~
Home Learn About Cheese Why is salt added as an ingredient when making cheese? Well, it’s not just for flavour!
Show Sub-menu

Why is salt added as an ingredient when making cheese? Well, it’s not just for flavour! 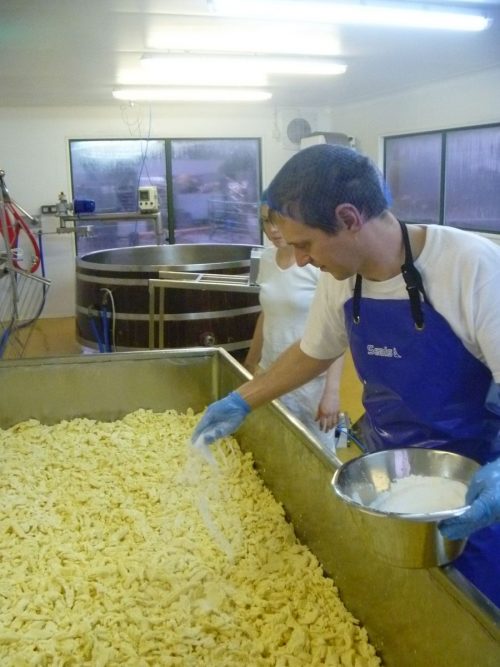 Salt is very important in cheesemaking, for as well as helping add to the flavour of cheese, it also controls the bacteria that grow inside the cheese, helps with texture development, regulates moisture, and helps preserve the cheese as it ages.

Adding salt is a key step in the cheese-making process, and is essential for making good cheese. The salt is added to the cheese at a very early stage – either by adding it into the dry curd mass before it is moulded into shape, or by applying it to the outside of the cheese once it has been moulded into shape (by sprinkling it on the rind, or by immersing the whole cheese in brine).

As well as contributing to the final taste, the addition of salt has a number of other benefits:

So is it possible to make good cheese with reduced salt? Or even make cheese with no salt at all? 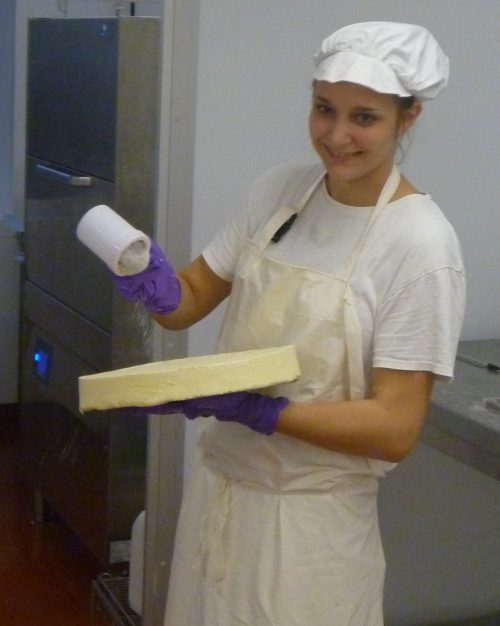 With increasing pressure from health-bodies to reduce salt intake, many large scale cheese manufacturers have been working hard to develop low- or reduced-salt versions of cheese. But as salt plays such a key part in the cheese-making and maturing processes, the results so far have been largely unsuccessful.

Some cheeses by their very nature are lower in salt, but these tend to be those that are consumed fresher and thus don’t need salt to help them age and breakdown – cottage and cream cheese are in this category. Some large-scale manufacturers have also been experimenting with using potassium chloride salt to replace some of the normal sodium chloride salt, in an effort to reduce the sodium level and produce low- or reduced-salt cheese. Potassium chloride salt does have some of the same technological advantages of sodium chloride (by inhibiting ‘bad’ bacteria and controlling ‘starter’ cultures) but it has been associated with ‘bitter’ and ‘metallic’ flavours in the final cheese. And although these can be marketed as low- or reduced-salt as they have about 30% lower sodium content, the increased level of potassium chloride could cause other health issues.

So it appears for the time being that genuine low/reduced- or no-salt cheeses can’t really exist. But it is worth bearing in mind that cheese also contains many essential nutrients and contributes less salt per se to the average UK person’s diet than bread, cereals, bacon, ham and many other foods.

As always, the motto is “everything in balance and moderation” – moderate amounts of something properly made and with real flavour are more enjoyable than huge chunks of something bland and adulterated!

What is the difference between Single and Double Gloucester?

There are many opinions and different views on what makes a true Single or Double Gloucester and how they vary as cheeses. The height, the weight, the richness, the age…

Rennet is essential in cheesemaking, but with more and more vegetarian cheeses on the market how does vegetarian rennet fit in?  And how is it different from ‘traditional rennet’?  Does it affect the flavour?…